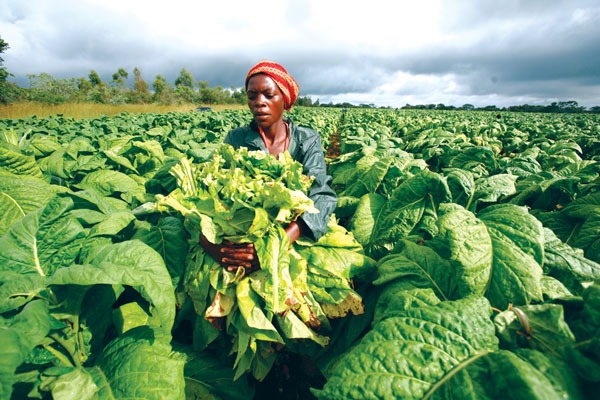 THE tobacco marketing season which was set to commence today has been deferred to a later date as authorities struggle to timely put in place preventive measures against the spreading of the coronavirus pandemic during the selling process prompting embattled growers to raise concern over lack of storage facilities.

Tobacco is one of the country’s top foreign currency earners and is key in providing liquidity for the importation of key essentials that include fuel, grain and raw materials.

Tobacco Industry and Marketing Board chairperson Patrick Devenish told NewsDay yesterday that after a meeting held on Monday it was agreed that the issue of the date be discussed in Cabinet.

“The tobacco season is not starting tomorrow. We had a big meeting yesterday (Monday) with two agriculture deputy ministers. The agreement was that they have to take the issue to the COVID-19 taskforce and then to Cabinet. So as it stands we don’t have another date but it will be soon. The industry has to be prepared amid this coronavirus,” Devenish said.

We cannot run away from the fact that the postponement has brought about inconvenience given that it came at the 11th hour. Farmers were ready to start selling their crop. But now we have to juxtapose that with the risk of contracting COVID-19. As much as farmers may likely incur losses but life is more precious,” Makombe said
“Now that the date is not definite, farmers are scared of incurring storage losses, as we know tobacco has been lost previously through fire outbreaks. So we are advising them to take insurance.”

Tobacco marketing season not only attracts thousands of growers from different parts of the country to the selling floors but also draws informal traders and small and medium enterprise traders who normally make quick bucks by selling various products and services.

According to a tobacco stakeholders guidance paper presented recently to government, informal traders shall be prohibited from carrying out any business activities at the floors in order to enforce social distancing.

Unlike the previous seasons, stakeholders proposed that farmers be prohibited to sleep over at the selling points with auction floors directed not to offer over-night accommodation to farmers.

Moreso, TIMB is expected to enforce the deliver today and sale tomorrow policy with each batch set to have a maximum of 20 farmers to be allowed to complete its sale before the next one.

Further, the contractors operating decentralised selling points (outside Harare) were advised to encourage their farmers to make use of these facilities. President Emmerson Mnangagwa hinted on this during his address on Sunday, notwithstanding the fact that very few tobacco buyers operate floors outside Harare.

“Decentralisation is not a one-day event. It is a process. As it stands there are few companies that have decentralised their operations,” Makombe said.

Former ZCFU president Wonder Chabikwa said it was high time e-marketing system is adopted to avoid massive tobacco leaf losses due to decaying of ripened tobacco in the fields as a result of shortage of curing space.

“There must be a way to market our crop so that farmers do not keep holding it. We can sell our crop without crowding our people. We need an improved system. We need to embrace the electronic system. It was once embraced in 2017 but was later abandoned. Farmers do not have the capacity to keep holding onto their crop,”Chabikwa said.

The e-marketing system which sought to eliminate illicit activities was marred with glitches amid revelations that it was sabotaged by unscrupulous elements who benefited from the manual system.