FastJet in talks to sell Zimbabwe business to survive till 2021

Source: FastJet in talks to sell Zimbabwe business to survive till 2021 – Reuters 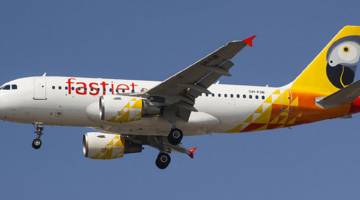 Reuters – Cash-strapped FastJet said on Wednesday it is in talks to sell its Zimbabwean operations to a consortium led by its biggest shareholder Solenta Aviation for $8 million, a deal which could give the low-cost carrier money to stay alive as a company until 2021.

The company, whose shares plummeted 32% to a fresh record low after the announcement, said it was also in talks with some of its major shareholders for a cash call.

FastJet said if the restructuring plans do not pan out by the end of February, the Africa-focussed company would not be able to continue trading as a going concern. (Reporting by Muvija M and Noor Zainab Hussain in Bengaluru; Editing by Rashmi Aich)