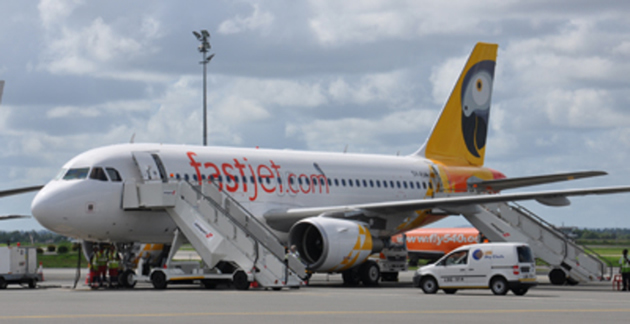 BUDGET airline fastjet Zimbabwe will resume domestic flights next Monday after a five-month COVID-19-induced hiatus. Zimbabwe suspended flights and shut its borders in March this year as it sought to curb the spread of the coronavirus, which has so far affected more than 7 500 people and claimed more than 220 lives.

Resumption of flights follows government’s indication that domestic flights should resume on September 10, with international flights the following suit on October 1.

In a statement, the budget airline said flights between Harare and Bulawayo would operate every Monday, Wednesday and Friday, starting on Monday next week.

It also said flights between Harare and Victoria Falls would operate every Thursday and Sunday, starting October 1.

“International flights between Zimbabwe and South Africa are planned to start as from October 1, 2020 subject to the lifting of travel restrictions by the South African authorities,” the statement read in part.

“On resuming services, the airline will be operating its flights on a reduced frequency and will be reviewing their programmes in line with customer
demand.”

As part of measures to curb the spread of COVID-19, government ordered that all travellers should have a polymerase chain reaction clearance certificate issued by a recognised facility within 48 hours from the date of departure.

COVID-19 has affected the tourism industry in the country, closing all tourist attraction centres and forcing some hotels and resorts to lay off workers.Due to this, the government expects the tourism sector to contract 7,4% this year.

fastjet is a multi-award-winning African value airline that began operations in 2012.

Currently, fastjet connects the three major cities in Zimbabwe flying between Harare-Victoria Falls and Harare-Bulawayo. Internationally, the airline offers flights from Harare via Bulawayo to Johannesburg in South Africa.