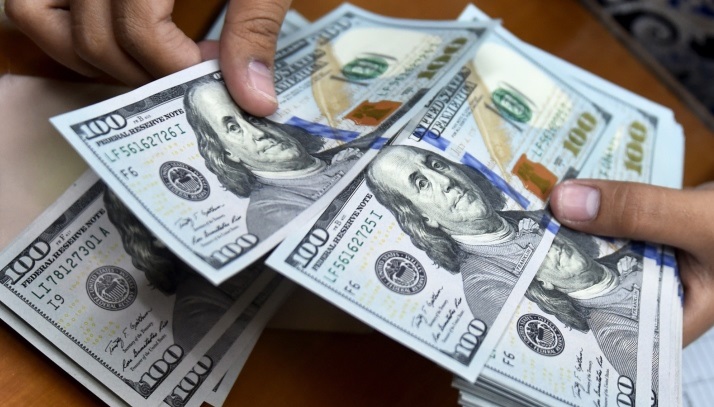 HARARE – Analysts have raised fears that the country’s troubled economy
could soon plunge into another full blown crisis akin to the ugly 2008
hyper-inflationary era – unless the government acts urgently to address
the wave of price increases, as well as the growing shortages of basic
goods.

This comes as industry is battling a deepening foreign currency crisis
which has made it difficult for manufacturers to import critical raw
materials on time.

Despite Zimbabwe having a decent tobacco season, as well as significantly
improved gold sales, the Reserve Bank of Zimbabwe (RBZ) has not been able
to allocate adequate foreign currency to key sectors of the economy.

As a result, business has warned that the worsening  forex crisis will
trigger more shortages of basic consumer goods, as well as fresh waves of
price increases.

“Government should urgently address the foreign currency shortages in the
economy as shortages are spreading to other commodities like cooking oil
and beverages.

“Production in the economy is being threatened by the forex situation,
while cost-push price pressures are also mounting,” the president of the
Confederation of Zimbabwe Retailers, Denford Mutashu, told the Daily News
yesterday.

Mutashu spoke as most supermarkets were reporting increasing shortages of
basic consumer goods, which suppliers said were a result of their failure
to access foreign currency.

Most of the Harare shops which were visited by a Daily News crew yesterday
said they were not fully stocked – with basic items such as maheu, soft
drinks, bread, cooking oil and eggs either in short supply or completely
missing from shelves.

Apart from the shortages, the prices of most goods were also continuing to
spike up in response to the shortages and rising production costs.

The country’s biggest beverages maker, Delta Corporation, recently warned
that foreign currency shortages had disrupted the production of most of
its products which required imported raw materials.

“The limited availability of foreign currency has particularly affected
soft drinks and maheu. We have not been able to source enough foreign
currency for these imports as foreign currency is currently scarce in the
nation.

“Products supply may continue to be disrupted by low foreign currency
availability and we always keep our customers informed at all times on the
product lines which will be available,” the company said.

Millers have also warned of looming price jumps on bread and other
confectionaries, as they struggle to import wheat due to the worsening
foreign currency crisis, as well as rising international input costs.

And to add to the misery of Zimbabweans, the country has been hit by
serious shortages of cement – impacting negatively on building projects.

In addition, there are continuing drug shortages, as well as erratic
supplies of petrol and diesel at most garages.

“Zimbabwe is still suffering from a confidence crisis. Unfortunately there
is still a lot of political pontificating and less practical solutions to
the economic crisis.

“The economy improves based on good policies not media propaganda that
cement shortages are a result of improved construction when we don’t see a
single crane in Harare.

“Investment comes where it feels safe and nothing demonstrates political
and social chaos than soldiers shooting civilians.

“At this moment Zimbabwe’s economy is shackled by politics. And ED
(Mnangagwa) needs to do more to build confidence,” political analyst
Rashweat Mukundu told the Daily News.

Another analyst Maxwell Saungweme said the shortages were linked to the
country’s political landscape, and Mnangagwa now needed to strike the
right cords to put the country back on track.

“These shortages are caused by many things including uncertainties that
clouded the presidential election and the court challenge.

“But now that the election issue is settled, the president needs to move
in and appoint a new and serious Finance minister to inspire confidence in
the financial sector and the economy at large,” he said.

“He also needs to appeal for quick lines of credit to make the country
liquid and provide a conducive environment for retailers and wholesalers
to restock.

“We also need him to urgently look at the banking sector and retain the
Reserve Bank’s role of lender of last resort and promote savings by
ensuring people get their money out of banks and that bank charges are
reduced.

“If he appoints the right person at the Finance ministry and institutes
urgent recovery measures, we will move out of the effects of the election
shocks very soon,” Saungweme said.

Millions of Zimbabweans cast their vote in the historic July 30 elections,
to choose both a new Parliament and president – following the dramatic
fall from power of Robert Mugabe in November last year.

The elections were the first since 1980 to be held in the country without
Mugabe’s participation, whose 37-year iron-fisted rule was stunningly
ended by a military operation which triggered events that ended with his
resignation.

The elections also marked the first time that the main opposition MDC was
not represented by its founding leader Morgan Tsvangirai, who lost his
brave battle with cancer of the colon on Valentine’s Day this year.

Zanu PF retained its two thirds parliamentary majority in the elections,
with Mnangagwa winning a tightly-contested race by a revised 50,6
percentage points.

The veteran Zanu PF leader is expected to appoint a new Cabinet upon his
return from China.