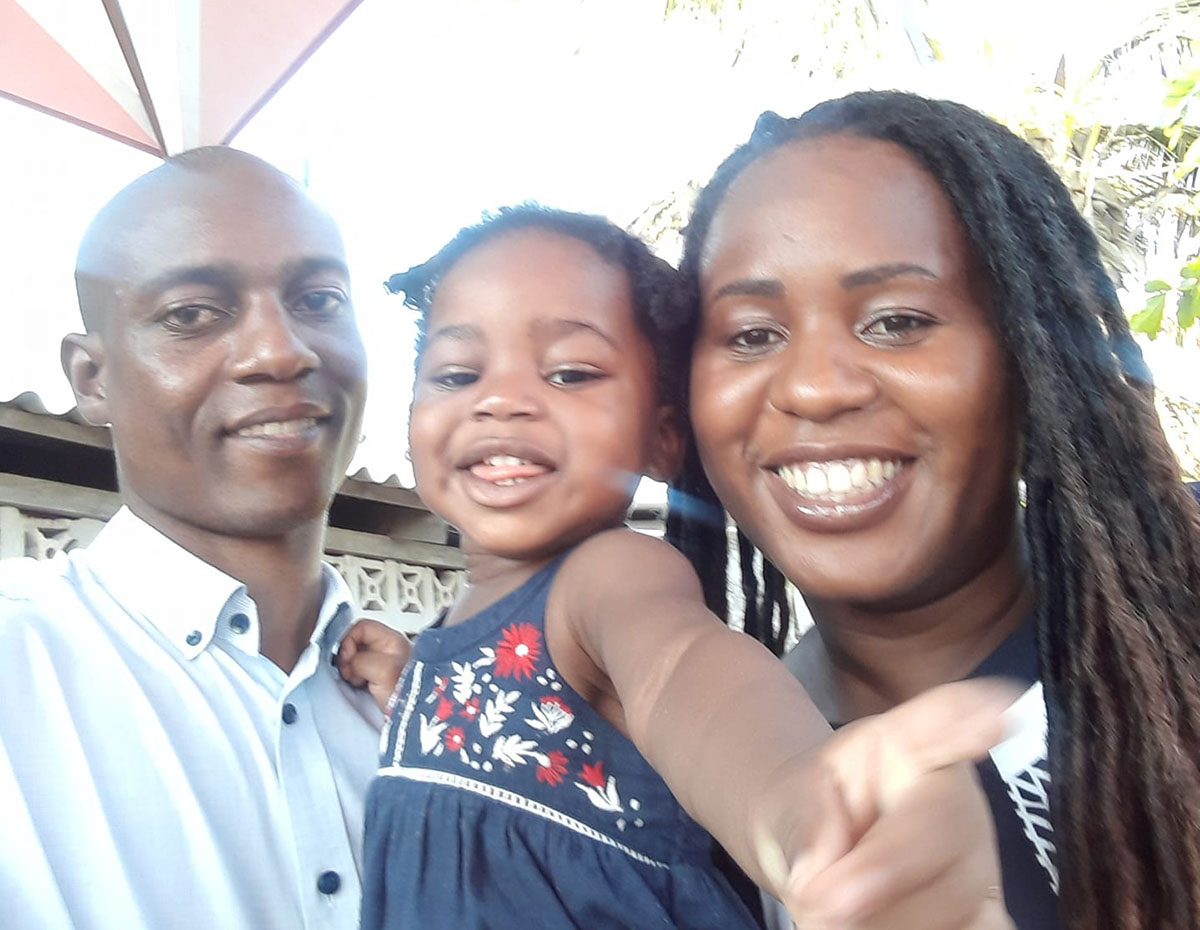 Distressing … Nyasha Mugwagwa seen with his wife and young daughter

JOHANNESBURG, South Africa – Fears are growing for a 38-year-old Zimbabwean man missing since March 24 when Islamist insurgents launched an attack on the northern Mozambican coastal town of Palma, a town of approximately 75,000 in the province of Cabo Delgado.

Father-of-one Nyasha Mugwagwa was working as a catering manager for Remote Site Solutions, one of the contracted companies at the multibillion-dollar gas projects being built by France’s Total and other energy companies.

His family says they were last in contact with him on March 24, before a surprise raid by terrorists.

The government said dozens were killed in the attack, including seven foreigners caught in an ambush during an operation to evacuate them from Amarula hotel where they had sought refuge.

“The outcome we hope for is that Nyasha walks in through the door. If he has met any other fate, we hope the family gets closure. We’re desperate for news, any news right now,” a family spokesman said.

Nyasha’s Mozambican wife, his three siblings and their mother were “deeply distressed”, the spokesman said.

The former Cresta Hotels employee moved to Mozambique five years ago. He married a Mozambican woman in the town of Beira, where he usually returned after going to work on the northern gas exploration hub for weeks at a time.

His wife, looking after their young daughter, has not heard from him since March 24. On that day, Nyasha had called to say he was at the Wentworth Camp where many gas project workers lived before the terrorist raid.

Mozambican President Filipe Nyusi last week declared that his troops had reclaimed Palma from the terrorists. Military and police officials said dozens of dead bodies, many decomposing, littered the streets.

A local police chief told state broadcaster TVM earlier this week that on returning to the town following the assault, he had helped bury 12 beheaded bodies. While he could not identify their nationalities, he said he believed they were foreign because they were white.

Army spokesman Chongo Vidigal confirmed the 12 victims were white, but said their nationalities could not be confirmed due to the decomposed state of the bodies. The army had sent a medical team to identify them, he said.

“It’s urgent that a team arrives to establish these small details,” he said, adding it was uncertain when they would arrive.

The burial of bodies before identification, as confirmed by the police chief, will alarm families with missing relatives.

Islamic State-linked insurgents have been increasingly active since 2017 in Mozambique’s northern Cabo Delgado province where Palma is located.

Mozambique is about 26 percent Roman Catholic, 31 percent other Christian, and 18 percent Muslim, according to government figures. Cabo Delgado is one of only a few provinces that have a Muslim majority.

Regional leaders from countries including South Africa, Zimbabwe and Botswana met in Mozambique’s capital Maputo this week to weigh a response to the insurgency.

Mozambique’s foreign minister Veronica Macamo Dlhovo said the leaders resolved to send a mission to Mozambique this month to assess the threat and how they could help.

Zimbabwe’s President Emmerson Mnangagwa said the leaders agreed a regional force should be revived immediately so it could intervene. Mozambique’s army says Palma is now secure.

The insurgency is a rapidly growing threat to Mozambique after a few years of relative peace for the country. A long civil war followed the end of the independence struggle against colonial power Portugal in 1975, lasting until 1992.

A low-level conflict broke out again pitting the FRELIMO government against its longtime RENAMO rivals until a 2019 peace accord, although some low-level attacks continued.

Mozambique remains one of Africa’s poorest and underdeveloped countries despite the potential of its natural resources.