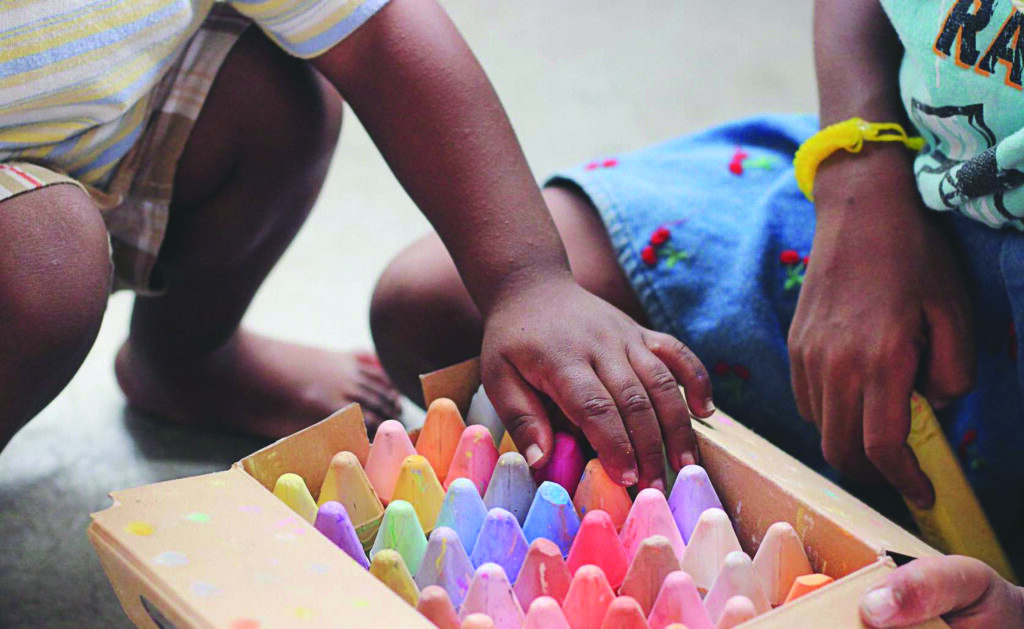 THIRTEEN-YEAR-OLD Judith Batsirai* was living with one parent — her father — after her mother’s death years earlier.

When her father died from COVID-19 complications last year, her life was turned upside down. She was left under the care of her widowed grandmother, who would also die from COVID-19 only a few days later.

Her case is illustrative of the strain COVID-19 has brought on Zimbabwe’s orphans, a country that already has hundreds of thousands of children orphaned by Aids.

Judith’s relatives say efforts to get assistance from the Department of Social Welfare have been a frustrating exercise.

“Yet we cannot give up, we have to get all the assistance we can get for her,” her uncle said.

Before COVID-19, families experiencing such loss would make arrangements for the affected child to join other relatives in neighbouring South Africa, sure that a better life beckoned at the other side of the border. Not anymore.

“We could have made arrangements for her to join her cousins in South Africa if things were different, but then the situation does not allow. She will be better schooling here,” the uncle said.

Zimbabwe’s social services were previously run with enviable bureaucratic efficiency, but ever since the economy took a knock toward the end of the millennium, the country rapidly shifted to what critics say is a failed State.

The country requires millions of dollars to provide for its pensioners, people with disabilities and orphans, with inflation eroding the little stipends vulnerable groups get from the government.

Since the first COVID-19 death was reported in March 2020, the coronavirus had, by April 22, claimed a reported 5 467 lives, throwing into despair thousands of people in a country where low incomes have made it difficult for millions to get basic essential services.

For years, the country’s social services have struggled to provide for orphans in particular, with an estimated 1,3 million children having lost one or both parents to Aids.

The emergence of the coronavirus has meant more children such as Judith find themselves in the deep end, with the United Nations Children’s Fund (Unicef) noting that “Zimbabwe spends only 0,4% of gross domestic product (GDP) on social protection, which is far less than 1,5% of GDP regional average for sub-Saharan Africa.”

The United Nations says more than four million people in Zimbabwe, including 2,2 million children, require urgent humanitarian assistance, citing the COVID-19 pandemic as adding to those needs. Local agencies working with orphans say the pandemic has exposed the emergency of the needs of orphans, from food to education and psychosocial support.

“It is painfully clear that the pandemic is set to erase years of steady progress particularly to the welfare of orphaned children in the country,” according to Addmore Makunura, the national director of SOS Children’s Villages in Zimbabwe.

“In 2019, 13% of Zimbabwean children aged 17 and younger had lost one or both parents to the disease [HIV], hence the vulnerabilities of these orphans was further perpetuated by the horrendous effects of the COVID-19 pandemic,” Makunura said.

According to Unicef, the “extremely poor population increased from 30% in 2017 to 38% in 2019”, and amid continued economic hardships, the numbers continue to spike as evidenced by numerous reports that say more people will require food assistance this
year.

With the United States embassy in Harare estimating that 840 000 children reportedly dropped out of school — a figure dismissed by the government as inflated — since the outbreak of the COVID-19 pandemic, the country has long struggled to pay tuition fees for needy pupils, with COVID-19 orphans emerging as the latest addition to the country’s vulnerable populations.

Despite the country witnessing a dip in new coronavirus infections and mortality, educators and researchers contend that more needs to be invested in the future of orphans to create safety nets for this vulnerable demographic.

“The orphaned children’s plight has been exacerbated by the pandemic, which has wiped out breadwinners within the extended family network. It is not surprising to see some of these children roaming the townships in search of scrap metal and empty plastic bottles to sell to recycling companies in order to put food on the table,” he
said.

These comments come amid concerns of children fending for themselves in what has been condemned as child labour.

First Lady Auxillia Mnangagwa, has been at the forefront of driving philanthropy and relief efforts for orphans, raising questions about the reach of such charitable endeavours outside official government channels.

For now, it is not clear how children such as Judith will navigate their circumstances, unless, perhaps by serendipity, a social worker tips the first lady about the orphan’s plight. — Mail & Gurdian