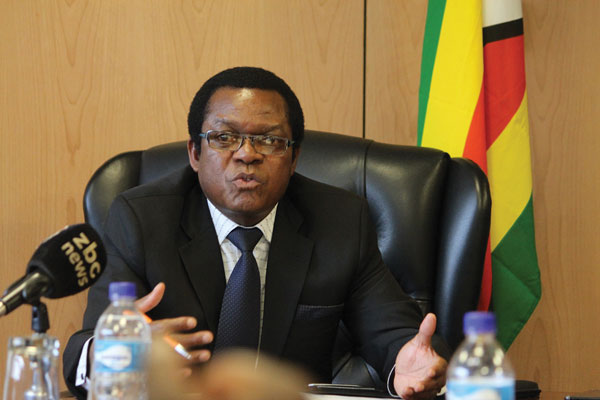 The sector, which is key in the country’s economic development, is reeling from economic hardships, coupled with high inflation, depressed consumption, foreign currency constraints and reduced network investment, among other challenges.

The only segments that registered slight growth were the total number of active mobile subscriptions, active internet and data subscriptions and used international incoming bandwidth capacity.

But despite this, total revenues for the country’s postal and telecommunications sector increased by 11% to $43,5 billion.

This could be attributable to high inflation which climbed to 72,7% in March, from 66,1% in the prior month.

Main upward pressure, according to authorities, came from transportation and food, as rising fuel and bread prices triggered a wave of price hikes of basic commodities around the country.

The country’s annual inflation has been gradually rising since September last year, with monetary authorities attributing this to the parallel exchange rates pass-through effect on domestic inflation witnessed toward the end of last year.

On a monthly basis, consumer prices advanced 6,6%, following a 7% rise in the previous month.

For instance, in the period under review, operating costs grew by 23% to $28,4 billion against $43,5 billion total revenue.

This means that the sector only profited $15,1 billion.

Operating costs for mobile network operators, the biggest postal and telecommunications sector players, grew by 22,7% in the first quarter of 2022, to record $17 billion, against capital expenditure  of $1,72 billion.

The overall growth in operating costs was much higher than the growth in revenue of 10%.

Given the inflationary operating environment, operating costs have been consistently on an upward trajectory, the report notes.

Bandwidth costs, staff costs and depreciation continued to be the main cost drivers for mobile operators.

The main mobile operators in Zimbabwe are Econet, NetOne and Telecel.

Operating costs for the fixed telephone network increased by 8,5% to $3,17 billion against a $3,72 billion revenue.

Internet access providers spent $7,65 billion as operational costs, up 39%. This was against revenues of $10,36 billion.

The postal and courier sector, meanwhile, generated $646,8 million in revenue against operating costs which increased by 46% to $586,8 million.

Potraz director-general Gift Machengete recently revealed that they were having issues to do with the balancing act of tariffs and affordability, whereby the operators will need tariffs that allow them to provide services, while consumers are afforded the chance to access service.

This is because disposable incomes have not been moving at par with inflation.

The decline in internet and data traffic was attributable to declined data affordability because of declining disposable incomes.

Total SMS traffic declined by 12,7% to record 2,4 billion messages. Person to person (P2P) traffic has been declining due to the proliferation of over-the-top services, such as WhatsApp and Telegram, among others, offering cheaper and more convenient messaging alternatives.

“This may be attributable to uncompetitive tariffs, whereby it is now cheaper for residents to call outside the country, than for foreign residents to make calls into the country. This resulted in a decline in foreign currency earnings from international voice traffic after settlement,” it said.

“Compounded to this is the economic climate, characterised by depressed consumption, inflation, foreign currency constraints, reduced network investment among other challenges,” the report also read.

“This is manifested in reduced traffic volumes, increased operating costs and reduced capital expenditure in US dollar terms in the quarter under review.

“This calls for policy and strategic intervention at both the operator and fiscal levels.”

“Monetary authorities need to consider the prioritisation of the sector in terms of foreign currency given the capital-intensive nature of the industry. Review of policies, such as customs and excise levies, will improve affordability of devices and services, thus promoting overall demand and revenues,” Potraz  further noted.

“Also, fiscal interventions targeted at addressing dwindling disposable incomes are pertinent, at a time when inflationary pressures are mounting.”

Potraz also indicated that the sector remains intrinsic to the country’s economic growth; it has also become an essential enabler for other sectors.

“There is need for concerted efforts in the consolidation of strategies that deliberately focus on ICT development, executing smart policies, e-governance and effective processes that embolden investments in ICTs and digital skills and embracing emerging technologies that are crucial to the digital economy,” added.

In the period under review, Econet was the only mobile network to record growth in active subscriptions of 1,1%, while NetOne and Telecel recorded declines of 1,1% and 5%, respectively.

For NetOne, Potraz said this was the first quarter over the past year to record a decline in active subscriptions. Telecel’s active subscriber base has been consistently declining.