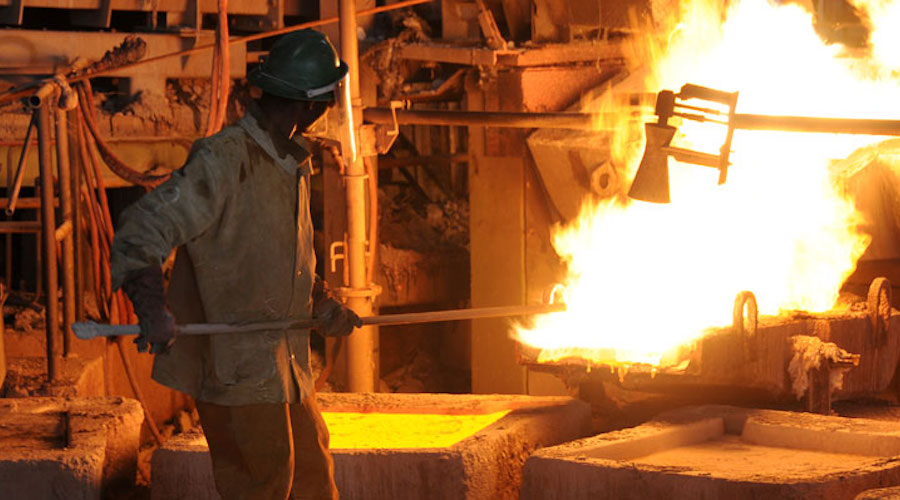 BY SHAME MAKOSHORI
TWO weeks ago, the Zimbabwe government was forced to drop its plan to begin charging platinum exporters a 15% beneficiation tax for failing to set up refiners in the country.

The contentious tax, which was announced in 2015, but was due to be effective later this year, has been a source of discontentment for platinum firms already battling high costs in Zimbabwe, partly due to the proposed exorbitant fiscal charges.

It is not only platinum miners who have raised concerns over Zimbabwe’s cost of doing business.

At the weekend, Invictus Energy, which is exploring for oil and gas in the Zambezi basin, said African governments must take a serious look at fiscal costs to investors in order to encourage more foreign direct investment (FDI) inflows.

A week after government dropped the tax, a member of the Reserve Bank of Zimbabwe’s monetary policy committee, Persistence Gwanyanya revealed why.

“Our challenge started during the first quarter of this year,” Gwanyanya said while contributing to the Big Debate, an economic analysis platform organised by Alpha Media Holdings.

“The biggest contributors of foreign currency, platinum miners, did not bring forex because of an issue they had about the beneficiation tax. This is why we had a dip in foreign currency during the first quarter,” Gwanyanya added, referring to Zimbabwe’s escalating foreign currency crisis, which has seen the domestic currency tumble as exchange rates run amok on both the official and parallel markets.

It has not been clear if producers, unhappy with the impending tax, were holding off exports to force government into reviewing the policy.

But this was the latest of many discussions that authorities have had with platinum miners — Zimplats, Unki and Mimosa.

Under the Platinum Producers Association, the firms have indicated that they were willing to set up a refinery in Zimbabwe, but for now, the southern African country lacked output levels required to run such a plant profitably.

They estimate that the sector will require a combined output of 500 000 ounces a year for them to shell at least US$2 billion to establish a final refiner.

Output is projected at 465 000 ounces this year, according to the World Platinum Investment Council, which is 35 000 ounce lower than the sustainable figures.

It means the miners will continue to rely on the Bushveld Complex in South Africa, where matte from Zimbabwe is shipped after partial processing.

The late former President Robert Mugabe forced miners to agree to sell 51% of shares in their local units to black investors at the height of Zimbabwe’s empowerment drive.

And in 2015, his Mines minister Walter Chidhakwa said if platinum producers came together and established a refinery, which the Chamber of Mines of Zimbabwe (CoMZ) said would cost at least $2 billion to build, the government could allow the mines to own more shares.

“The government is simply saying that the guiding principle is 51/49%, but if the investment does something to this country that can convince us to graduate or move away from the 51/49%, we will do so,” Chidhakwa said then.

“And I think that in so far as in establishing a platinum refinery in Zimbabwe is concerned, yes, I think there is that flexibility.”

But some analysts suggest that Zimbabwe may not be ready for a refinery.

“A refinery is seen as one of the biggest employment creators due to its ability to create downstream industries,” said Tapiwa Sibanda, an analyst at Trade Winds in South Africa.

“But for now, Zimbabwe lacks capacity to sustain one due to low capacity. In South Africa, firms there have been able to establish refineries because output is huge. At the same time, Zimbabwe wants to control the output because there have always been concerns that several byproducts from platinum refinery are not being accounted for. That is an important concern, which can be attributed to new found minerals like lithium,” he said.

He spoke as Huayou Cobalt, the Chinese conglomerate that recently took over Arcadia Lithium Project in Zimbabwe, has shut doors on prospects for establishing a final refinery, saying Harare lacked supporting infrastructure to run a viable operation.

The Chinese firms’ advantage is that they are generally trusted and listened to by government.

Unlike mining firms from the West, Chinese investors enjoy a good relationship with President Emmerson Mnangagwa’s administration, and their counsel is likely to be taken seriously.

In addition, under its “Zimbabwe Open for business” mantra, Zimbabwe’s government has done away with its nationalistic stance.

It appears more amenable to conversation than confrontation — a trend that started when Mugabe was ousted in 2017. Still, the urge to talk firms into establishing refineries remains.

Perhaps, by so doing, Harare is thinking too far ahead of time, but it has had a lot of supporters such as the experts at Southern Africa Resource Watch, who feel African firms have been giving away too many concessions in their desperation to attract FDI.

On Monday last week, the Shanghai Stock Exchange listed-Cobalt unveiled a plan to establish a processing plant — part of a US$300 million budgets that converts ore into matte, before shipment to China for further refinement, but said a final refinery for lithium would be a drain on its operations.

“The large-scale investment not only drives the development of local economy and creates a large number of employment opportunities, but also contributes value to the improvement of local equipment level,” Cobalt said.

“The establishment of a converter for producing battery-grade lithium carbonate is not feasible for the following reasons:

“There is a chronic shortage of these supporting and auxiliary materials in Africa and the costs incurred by the importation would be huge and unaffordable. It is worth to note that processing enterprises will be uncompetitive in a global market without cost competitive inputs that is  raw materials, gas and powder and first-class sodium carbonate,” the firm added.

Cobalt said the second reason was in respect of the development and economic analysis on the extension of lithium value chain.

“It is well understood that the five-year plan of the national strategy formulated by the Zimbabwean government sets our macro objectives to enhance and advance the value chain,” it said. “However, this is a gradual process, which requires the relevant enabling industrial environment, infrastructure, raw materials and technical competence to be present in order to create the competitive position of the lithium value chain.

“Therefore, based on our comprehensive analysis, we believe there is certain possibility in practice to establish a converter to produce lithium sulphate from the lithium concentrate within 10 years from the date of commencement of commercial production of lithium concentrate under Arcadia Project, subject to the availability of sufficient green (renewable) power, natural gas, sulphuric acid and heavy calcium powder in Zimbabwe and subject to the economic feasibility of production of lithium sulphate under Arcadia Project.”

The Arcadia Mine life span is estimated at 10-15 years, which means chances of a refinery might be narrow for now, unless fresh larger reserves are discovered.