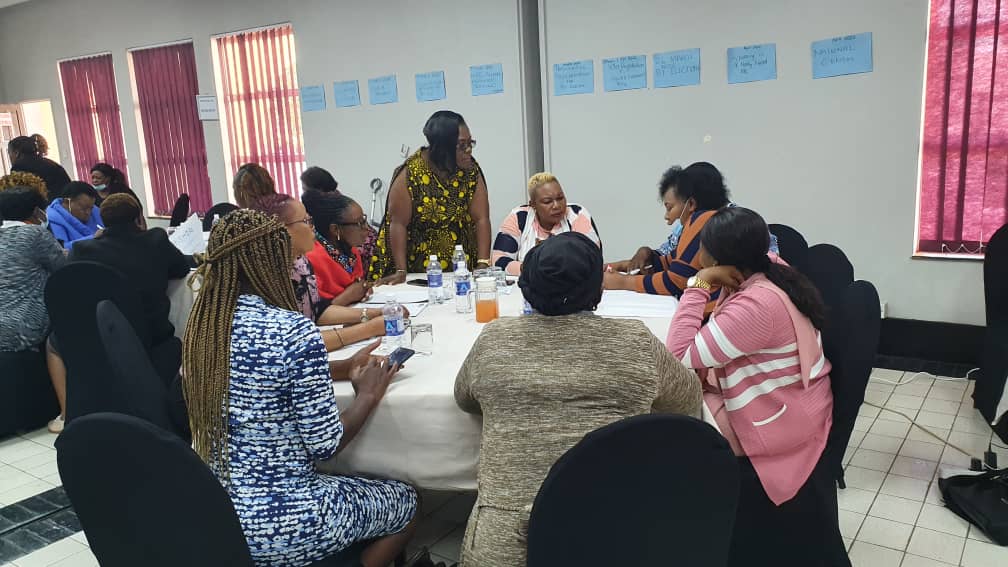 BY EVANS MATHANDA
Parliamentarians and female politicians yesterday endorsed the draft Model Gender Equality Bill and Memorandum of Principles that were presented by the Institute for Young Women’s Development (IYWD).

The model seeks to modify the implementation of section 56 of the constitution which speak about gender equality and non-discrimination.

Speaking at a Women’s Political Parties Convergence workshop in partnership with WLSA and WCoz in Kadoma, IYWD team leader Glanis Changachirere said the model is a template which has not been passed into law but the government can use it as a new gender law.

“The template provides a framework in terms of the mechanism that the government needs to put in place. It’s a law itself but only that we don’t have powers to make laws. It’s a model that policy makers can actually look at, and then come up with a Bill,” Changachirere said.

In her solidarity remarks, Fungai Chiwere who is Director for Legal Services for the Ministry of Women Affairs, Community, Small and Medium Enterprises Development said National Gender Machineries are a strongest mechanism for a coordinated approach to advancing gender equality.

“A National Gender Policy is in place to provide for; the allocation of resources and the requisite support for the implementation of policies, programmes and projects that create equality and equity between women and men,” she added.

In an interview with NewsDay, Zanu PF legislator Tatenda Mavetera said electoral reforms should be aligned with gender models which is one of the key factors that need to be considered in the draft model.

“Elections are very pertinent, if you look at women electing certain people into power it means decisions will be skewed towards. The first issue that should be at the top of the draft model is the 50-50 representation especially in parliament where decisions are made,” Mavetera said.

However, Citizens Coalition for Change (CCC) vice-president Lynette Karenyi-Kore emphasised that women in politics have the responsibility to educate other women on the context of the draft bill.

“All women must be educated about this new model even though the parliament has not passed it as a new law but in the event that it becomes a new gender law, all women should have grasped the concept,” she added.