Ferial Haffajee: Are we going the way of Zimbabwe? 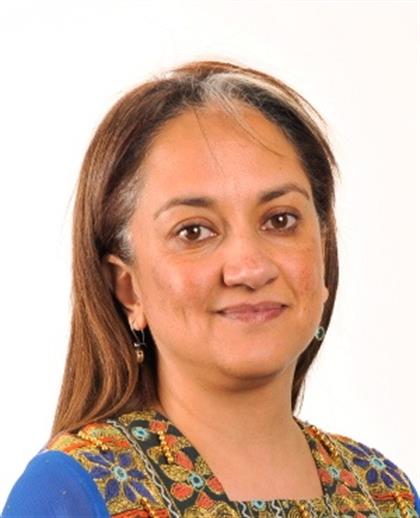 We should be so lucky, says Ferial Haffajee.

Source: Ferial Haffajee: Are we going the way of Zimbabwe? | Fin24

We should be so lucky, I thought at a recent seminar on Zimbabwe, organised by infrastructure specialist law firm Pinsent Masons. A talk-fest of leading Zimbabweans had come to preach their own new dawn.

There was optimism in the air and a spring in each step. But there was also wiliness. “South Africa’s recession is an opportunity for Zimbabwe,” said media magnate and businessman Trevor Ncube, who until last year owned Mail & Guardian.

Investors are piling into Zimbabwe, where the opportunities are numerous and where growth predictions are at between 3.5% and 4% over the short-term, according to Zimbabwe Central Bank and World Bank data.

Last week, the South African Reserve Bank took ours down another notch – this time to 0.7%.

President Cyril Ramaphosa injected some optimism into the market and the populace last week with a considered stimulus plan, but the consensus after a week of digesting it is that South Africa’s economy is too strapped to afford a proper stimulatory effect.

Zimbabwe’s economy is much smaller, so the kickstart will be easier. What President Emmerson Mnangagwa has, which Ramaphosa does not, is room to mould.

He is rapidly putting in place a team of young technocrats, and sweeping out the Zanu-PF gerontocracy. I loved listening to Petina Gappah, who is his advisor. An accomplished writer and trade lawyer, Gappah is a globalist, and she is breathing life into the Zimbabwean investment story.

Her gaze is targeted north of Zimbabwe into tiny Rwanda, which really knows how to lay out a welcome mat for investors. Gappah is setting up a one-stop investment shop in Zimbabwe, to make it easy for foreign direct investment (FDI) to flow in – to bolster the national coffers left empty after the reign of ousted former president Robert Mugabe.

Mnangagwa has given her a target of getting investment approvals done and dusted in nine hours.

The newly inaugurated president has also made interesting appointments to Cabinet. His appointment of the academic and former chief economist of the African Development Bank Mthuli Ncube as Finance Minister is inspired, although the novice politician hashed his first outing in New York this week.

Minister Ncube got very basic data wrong; it’s only his first month on the job, so here’s hoping he gets better advisors, and my view is that he will be great if given the space.

Chris Mugaga, CEO of the Zimbabwean National Chamber of Commerce, will take a little more convincing. The private sector was decimated and bullied in the Mugabe years, and Mugaga says the work to rebuild is going to be long and hard.

Money supply is shot. Inflation’s still a significant threat. Institutions are decimated. “Zimbabwe has learnt from its moment of madness,” he said, before sounding a warning knell to South Africa about our dalliance with land expropriation without compensation.

It was quite lovely to see ebullient leaders of a Zimbabwe of new hope come to spread a different gospel in South Africa. But, later that week, I met with another acquaintance.

She had just returned from Harare and told a sad story: she had been standing in a queue to pay for fried chicken when a lady came to her and quietly whispered: “Can I swipe (my card) and you give me cash?”

Zimbabwe’s out of cash and it’s a remnant and present crisis; a reminder of how thoroughly the economy was devastated by careless and greedy politicians.

Are we going to go the way of Zimbabwe? I pray that we will not do what Zimbabwe did, which was to spiral down so far that it hit rock bottom before bouncing back; finding its way back up to the surface.

That’s where Zimbabwe is now.

If there is a salutary tale in the story of our northern neighbour, it is that we should turn around now, protect our institutions, deal with land in pragmatic and efficient and fast ways, protect the independence of the South African Reserve Bank and keep to the path of inflation targeting and sensible budget frameworks.