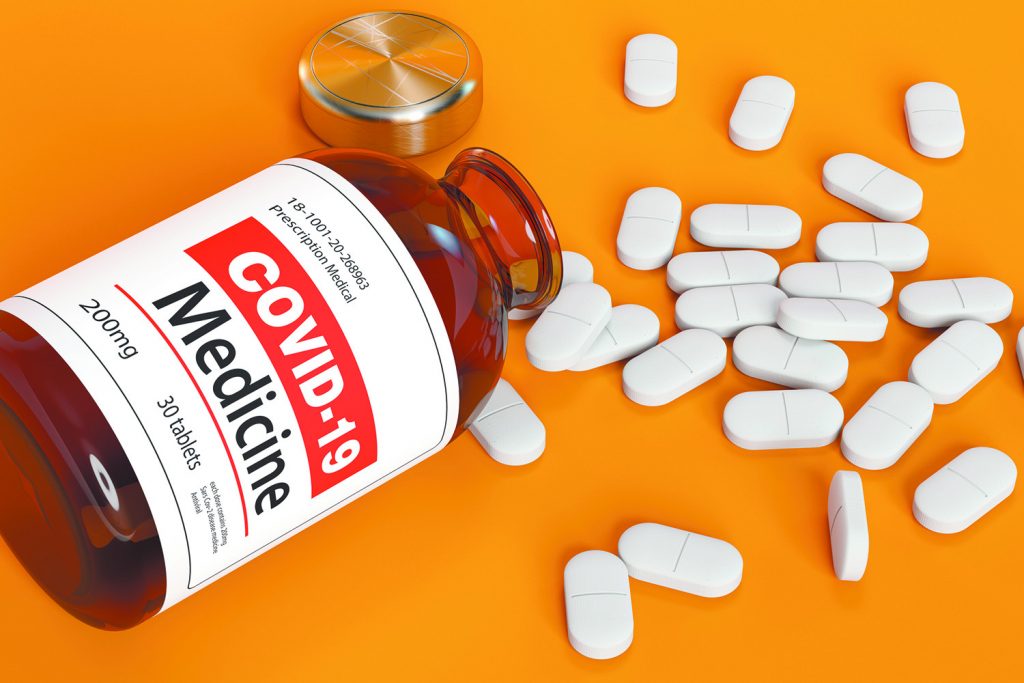 SOME doctors are warning that it could be dangerous to use a drug that has just been cleared by authorities to fight Covid-19, while others say it is worth trying — as more locals succumb to the lethal disease.

This comes after Zimbabwe on Wednesday granted the College of Primary Care Physicians of Zimbabwe (CPCPZ) controlled use of Ivermectin — among other drugs — to treat Covid-19 patients, taking a cue from other countries like South Africa which have since authorised the use of the drug .

Interestingly, the regulator Medicines Control Authority of Zimbabwe (Mcaz) had ordered health practitioners not to use the drug, which is commonly used by veterinarians to treat animals.

Among the doctors who cautioned against the use of Ivermectin yesterday was Mpilo Hospital’s acting chief executive, Solwayo Ngwenya.

“This drug is going to let Zimbabweans drop their guard against Covid-19 thinking that something wonderful has come out.

“Ivermectin is only going to cause more confusion. It’s a desperate measure because it has not been tested and proven to be safe.

“It is being used on an experimental basis as it has not been properly checked in people, to see if it really helps. We do not even know the side effects yet.

“I will personally not recommend the use of this drug for now, until it is very clear that it is effective,” the highly-regarded Ngwenya said.

However, the secretary-general of the Senior Hospital Doctors Association (SHDA), Aaron Musara, said Ivermectin had proved to be successful for other uses in the past 30 years — and did not apparently have any side effects when used on humans.

“As things stand, since Ivermectin is a drug known to be safe for human use for over 30 years in the treatment of worms, the idea of giving it a try on the basis of the supposed efficacy is worth pursuing while awaiting the outcome of more robust studies.

“If it works, it will save lives during the time. But if it does not, it will only be money lost, with no harm on the populace. It is a worthy gamble,” he told the Daily News.

In a memo to Mcaz, the government ordered the medicines regulatory body to allow the importation of the drug.

“In these difficult times of Covid-19 treatment, we have to be careful to protect the patients, as well as not to deny them effective treatment regimes. Ivermectin can be evaluated for both treatment and prophylaxis.

“It is in this regard that authority is hereby granted for you to proceed under Section 75 of the Medicines and Allied Substances Control Act to allow the importation and use of these medicines under the supervision and guidance you outlined,” the government said in its letter to Mcaz.

This comes as the South Africa Health Products Regulatory Authority (Sahpra), has also approved the controlled use of Ivermectin in treating Covid-19 patients.

Sahpra chief executive officer Boitumelo Semete-Makokotlela said Sahpra would be issuing detailed guidelines on who will be able to dispense Ivermectin and how it will be done in the coming days.

Medical practitioners in South Africa will be expected to give feedback to Sahpra on the effectiveness, side effects and how patients will be reacting to the drug.

The regulator said that existing trials into the effectiveness of the drug have been small, and the data presented so far was insufficient to allow them to approve large-scale use.