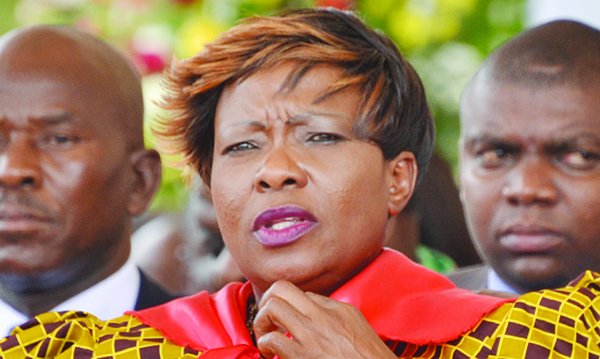 As early as 7:30am, Beitbridge district development committee members had gathered for the First Lady’s briefing, but instead Matabeleland South Provincial Affairs minister Abednico Ncube showed up for the function.

No explanation was given. Some participants, who had availed themselves for the cleaning exercise, dismissed the event as a publicity stunt after the Environmental Management Agency and
the Beitbridge Municipality selected the border post leaving several dirty areas in the town, where the generation of litter is spiralling out of control.

“We have a company contracted to clean the Beitbridge Border Post and this cleaning should have been taken to Dulivhadzimo or other places where it would drive the message to residents.
This is like preaching to the converted. It is a publicity stunt,” remarked one participant.

Mnangagwa has declared every first Friday of each month as a national clean-up day. He has been actively involved, going to various places around the country to lead the national
cleaning exercise.

At the poorly-attended gathering in Dulivhadzimo Stadium, Ncube asked law enforcement agents to arrest and bring to book litter bugs.

”I urge all law enforcement arms such as EMA, the Zimbabwe Republic Police and Beitbridge town police to be on guard to prevent further littering and dumping of waste,” he said.

He said there was need to strengthen laws against littering at the same time calling for the recycling of waste coupled by separation of litter at source.

“I am reliably informed that 60 residents of Beitbridge received training on waste separation at source. I want to implore Beitbridge residents to (take advantage of the) opportunities
that come with the high volumes of recyclable waste. Let us think of recycling enterprises as income-generating projects,” said Ncube.

He said local authorities faced a major problem in solid waste management and this also affected the country and continent at large.

Chitsunge said his council was ready to partner with other stakeholders in cleaning up of the border town.