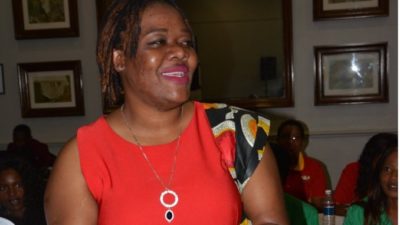 She has broken the gender record, becoming the first woman to lead the federation.

Valentine Chikosi from the Zimbabwe Revenue Trade Union was elected as the ZCTU’s first vice president.

The second vice president post went to Nicholas Mazarura of the Zimbabwe Construction and Allied Trades Workers Union with the third vice president seat going to Runesu Chipamangauta. Below are the new leaders:

Taruvinga’s ascendency immediately aroused excitement on Zanu PF-linked social media handles marking a climb down from the stance taken against Mutasa’s era which was characterised by a hostile relationship with the ruling party.

@zanupf_patriots became one of the first ones to pour out congratulatory messages. Said the party:

ZCTU is the country’s biggest workers’ representative with most of its members in different sectors of industry in Zimbabwe.