Zimbabwe and Botswana have banned the importation of hoofed animals and meat products from South Africa following the outbreak of Foot and Mouth Disease (FMB) in the Limpopo province. 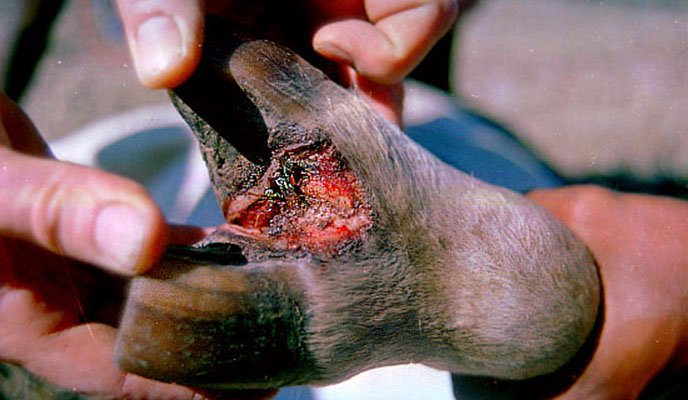 The province shares borders with Matabeleland South province in Zimbabwe and the North Eastern side of Botswana, while the three countries share the Mapungubwe Trans-Frontier Park.

“Please be advised that the Department of Veterinary Services has suspended imports of livestock from RSA [Republic of South Africa] until further notice due to the FMD outbreak. An official communication will be available as soon as possible indicating Zimbabwe’s position. This means that all pending imports are on hold,” Zimbabwe chief imports and exports officer Spie Majuru said in a statement.

In a statement, Botswana government’s director for Veterinary Services, Letlhogile Modish, also said movement of hoofed animals and their products from South Africa to that country had been banned.

“The importation of veld grasses, bedding and animal manure from the contaminated area is also prohibited with immediate effect,” he said.

All related permits issued prior to the ban in Botswana were similarly also cancelled.

South Africa’s Department of Agriculture yesterday said it had quarantined an area in Vhembe district in Limpopo province following positive laboratory results for FMD in cattle in the district.

Samples were collected during a disease investigation after reports of cattle with lameness were received just outside the foot-and-mouth disease control zone, Press reports in that country showed.

The department and the Limpopo Veterinary Services are conducting further investigations to verify the results and determine the extent of the outbreak and control measures will be determined by the findings.

South Africa had reported the matter to the World Organisation for Animal Health and South Africa’s official OIE-recognised FMD-free status has been temporarily suspended, the reports said.

Parts of Midlands, Masvingo and Matabeleland South are still marked as red zones and animal movements to other parts of the country from those areas remain banned.