For These Students, a Distant War Hits Close to Home

Source: For These Students, a Distant War Hits Close to Home

Zimbabweans who received scholarships to study in Russia are caught up in a conflict that has put their futures on hold. 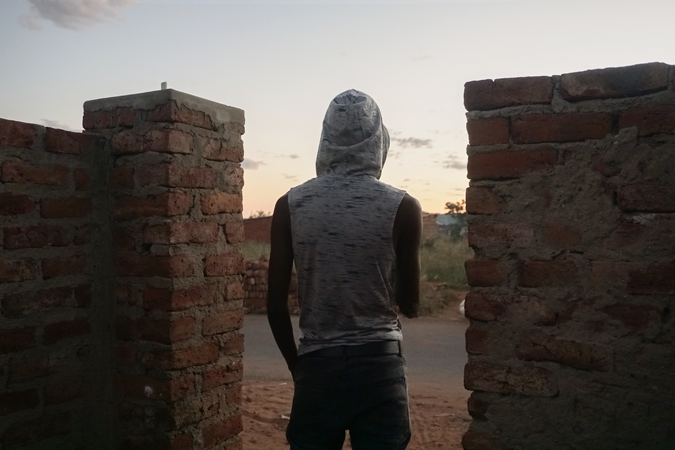 Mandla Mpala looks out the entrance to his home in Victoria Falls, Zimbabwe, on May 5, 2022. Mpala is scheduled to travel to Russia and begin working toward his degree in medicine under the Zimbabwean Presidential Scholarship program, but the conflict between Russia and Ukraine means his future is now uncertain.  Credit:  Fortune Moyo, Global Press Journal Zimbabwe.

VICTORIA FALLS, ZIMBABWE — Since the war between Russia and Ukraine broke out, Mandla Mpala has developed a new ritual. Every morning when he wakes up and each evening before bed, he checks his phone for updates, hoping for good news.

In November 2021, Mpala, who has always dreamed of becoming a doctor, received a scholarship to study medicine in Russia under the Zimbabwean Presidential Scholarship program, which former President Robert Mugabe introduced in 1995 to help children from underprivileged families pursue a university education in other countries.

It was a once-in-a-lifetime opportunity for Mpala, who can’t afford to pay for a degree in Zimbabwe. He was already dreaming beyond admission to a time when he would graduate and return home, so he could practice medicine and take care of his younger sister. He had shared the good news with his friends and family, had his passport ready and was planning to book an appointment for a visa interview. Then the war began, thwarting his plans. It is an uncertainty Mpala shares with other international students in Russia, Ukraine and surrounding countries whose studies were interrupted by the war.

“It is a scary feeling, and it’s making me wonder if we will ever be able to go,” says Mpala.

When he first heard the news about the war, Mpala didn’t consider how it would directly affect him. “I just thought it was something that was going to end soon,” he says. Still, he had a bad feeling. “As the days turned into weeks and into months, I knew this war was not going to end anytime soon.”

At least 4,000 students leave Zimbabwe annually to study abroad under the Presidential Scholarship program. Initially, students who received these scholarships studied in South Africa, but the program has expanded to universities in other countries such as India, Russia, China and Turkey.

About 60 students received scholarships to study in Russia under the 2021-2022 program, says Nick Mangwana, permanent secretary in the Ministry of Information, Publicity and Broadcasting Services.

The two countries have a long history, dating to Zimbabwe’s struggle for liberation, when the Soviet Union provided Zimbabwe with arms and other military support, which led to the country’s independence in 1980.

For students like Mpala, such an opportunity could be life-changing, given that nearly 70% of students who drop out of Zimbabwe’s tertiary institutions do so because of high tuition fees, according to a World Bank report.

Enrollment in tertiary institutions is also low. The latest available data from the World Bank indicates that in 2017, about 9% of college-aged Zimbabweans were enrolled in higher education. This pales compared with countries such as Kenya at 11.7%, South Africa at 20.5% and Botswana at 23.4%.

The same data shows that only about 9% of Zimbabweans ages 25 and older have completed short-cycle tertiary education or vocational training.

International students from Zimbabwe who have already begun their studies in Russia, Ukraine and neighboring countries share this uncertainty. Katiyo Dube, who is enrolled in a doctoral program in African film in the Czech Republic, says that since the war began, he is unsure whether he will meet his program’s requirements.

“First preference at the Czech Republic ministry of immigration, which deals with issuing visas, is now being given to Ukrainians,” Dube says. “Meaning some of us who applied have to wait a bit longer before getting responses.”

Without a visa, Dube cannot transit through the European Union to conduct research, which he needs to do for his doctorate. “That can be anytime, so it’s important that I have my visa ready with me and stay prepared,” he says. “The delay is frustrating.”

Mangwana says some Zimbabwean students have already contacted the government requesting assistance. So far, the ministry has provided financial support, travel documentation and other assistance to more than 60 students. “We are willing and ready to support them in any way.”

Some students have expressed interest in attending local universities, an option the government is considering so they can complete their studies. “However, that is now at institutional level depending on the stage at which the student was at,” he says.

Anesu Musabe, coordinator for Opportunities for Zimbabweans, a nonprofit that has assisted more than 6,000 students with scholarship opportunities in other countries, says that remote learning might be an option for some international students. But those in universities that have been shut down in Ukraine face a particularly difficult situation.

And while the government has helped some international students who are already enrolled, Mangwana says there’s little officials can do to help those yet to begin their studies. But their presidential scholarship is guaranteed, he says, and the government is in touch with the universities in the event the war continues.

Mpala is hoping for peace. Meanwhile, he has enrolled in Russian language classes offered online by the Russian government. The recorded lessons are held twice a week. “This is an advantage for us as it will help us not to do another year of the preparatory language course when we eventually get there,” he says.

But his optimism is waning. He keeps wondering if the war will ever end.

Fortune Moyo is a Global Press Journal reporter based in Victoria Falls, Zimbabwe.