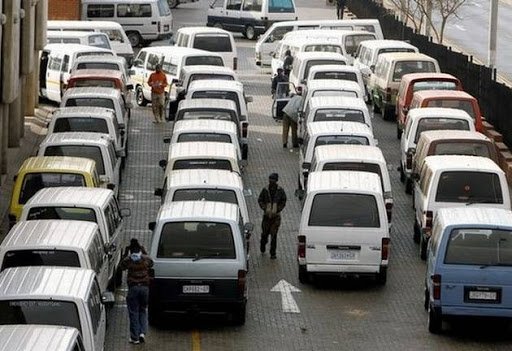 The situation has been brewing in the North West province since Sunday morning‚ when patrolling police found a man with stab wounds.

“It came out later that the body with two stab wounds was of a local taxi driver‚” said Brigadier Sabata Mokgwabone.

Mokgwabone said a group of taxi drivers gathered with the intention of avenging the death of their colleague‚ claiming he had been killed by foreigners.

“According to information available at this stage‚ reports suggest that later during the day‚ a 28-year-old Zimbabwean national was allegedly stabbed with a knife in his chest by taxi drivers while at his tuckshop‚” said Mokgwabone.

“He was taken to hospital but certified dead on arrival.”

He said before the killing‚ a group of people were seen setting hawkers’ stalls alight at the taxi rank.

Police then arrested nine suspects‚ aged between 22 and 52‚ on Sunday afternoon in connection with the murder of the foreign man and for public violence.

They are expected to appear in the Klerksdorp Magistrate’s Court on Tuesday.

At around midday on Monday‚ Mokgwabone said community members had started damaging property at Pienaarsdorp‚ where numerous foreign nationals live.

“They are burning property.”

He said a number of vehicles had been burnt at a workshop belonging to a foreign national.

“Properties were also burnt down‚ but we are not yet sure how many were destroyed.

They also attempted to loot a tyre shop‚ but police managed to disperse them‚” said Mokgwabone.