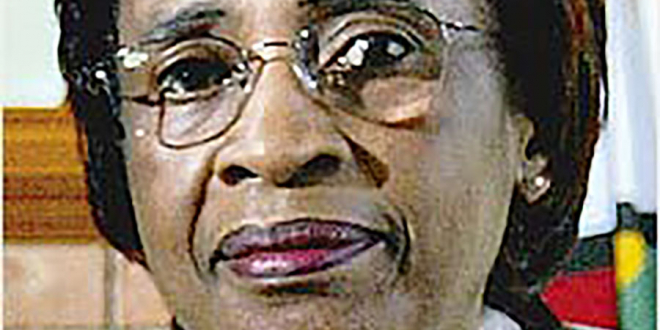 Former cabinet minister and diplomat Florence Chitauro (79) has died.Chitauro died Monday night after she collapsed at her Borrowdale home with relatives suspecting she suffered a severe stroke.

A relative of the former minister, Egypt Chitauro confirmed the death, but would not shed more light on the burial arrangements.

“She was staying at Chitauro Farm in Chegutu, a farm she bought a long time ago. So she came here (Harare) and was at alone at her house in Borrowdale Brooke when she suffered the stroke.”

He said funeral arrangements will be announced soon.

Her stance and support of Mugabe earned her a nickname, “Mugabe’s loudest cheerleader” by the international media.

Before joining government, Chitauro served as Zimbabwe’s ambassador to Australia where she caused a storm by attacking then Australian Prime Minister, John Howard for demonising Mugabe.

Egypt said Chitauro is survived by her two sons and many grandchildren.