via Fragile political environment | The Zimbabwean by Adrian Mutigwe

As Zimbabwe’s new legislature officially assumed office this week – a precursor to the appointment of a Cabinet and the swearing into office of local authority councillors – peace monitors are anxious that the country is on a political and economic knife-edge.

Despite the relative peace witnessed in the run-up, during and after the July 31 poll, the situation remains fragile unless political leaders find a common ground, says the Zimbabwe Peace Project, a peace monitoring organisation.

“The conduct of each and every Zimbabwean matters most in ensuring there is harmony,” said Lindani Dube, the Secretary General of the Evangelical Fellowship of Zimbabwe and a ZPP board member. 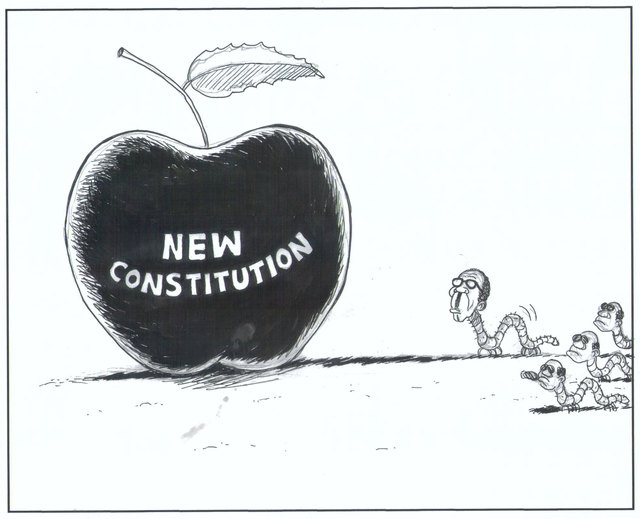 In its July report released recently, the ZPP observed: “Elections in Zimbabwe are a ‘hard hat’ area where the strong and mighty rule the roost at the expense of the weak and poor.

“We call upon all citizens to put the interest of the nation first and implore political parties in their diversity to observe peace, tolerance and love as they conclude their campaigns across the country.”

President Robert Mugabe and his Zanu (PF) party won the July 31 election by a two-thirds Parliamentary majority in circumstances disputed by his main rival Prime Minister Morgan Tsvangirai of the MDC.

‘The journey towards the elections was long and arduous’

Tsvangirai initially filed a court challenge of the result citing what he said was a surfeit of electoral malpractices and irregularities. He later abandoned that route, arguing that he was being legally obstructed from accessing key evidence he needed to mount a credible case.

Tsvangirai’s actions followed a High Court order denying him an earlier plea to the Zimbabwe Electoral Commission to release voting records and materials he intended to use to put together a body of evidence against Mugabe and Zanu (PF)’s declared victory.

While Mugabe’s inaugural speech when he took the Oath of Office was largely conciliatory, he turned the corner barely a week afterwards threatening his opponents, especially residents of Harare and Bulawayo, to brace themselves for the consequences of voting for Tsvangirai and the MDC-T.

Zimbabwe has a clear history of post-election violence and retribution. In the 1985, the late Joshua Nkomo’s supporters were severely attacked in most urban areas even after he had lost to Zanu (PF) by a huge margin.

Twenty years later, Mugabe displaced more than a million people, and destroyed their homes and businesses under the guise of clearing urban blight in an act of retribution code-named Operation Murambatsvina. This was after Zanu (PF) claimed a two-thirds Parliamentary majority in March 2005.

Intolerance to alternative views continued into 2008 after Mugabe lost to Tsvangirai in the March general election. Hundreds of MDC-T activists were murdered and hounded from their homes as a result.

Of late, Mugabe has renewed his attacks on both the opposition and on Western countries for what he described as their refusal to endorse his victory and for questioning the legitimacy of the electoral outcome.

At the burial of Mike Karakadzai, declared a national hero for participating in the liberation war, Mugabe further took a swipe against Western companies in Zimbabwe for their slow response to open up their ownership to indigenous people.

A few days later, at a similar ceremony to honour the late nationalist, Enos Nkala, Mugabe was unkind to Tsvangirai describing him as a “buffoon” devoid of any political depth to warrant a national leadership position Zimbabwe requires.

The ZPP says it recorded human rights violations, though on a reduced scale, in almost all the districts before the election. The existence of the violations showed that peace remained fragile.

“The journey towards the July 31 elections was long and arduous; and has had a heavy toll on the economy, social cohesion and political environment in the country,” said a ZPP representative. “As the Zimbabwe Peace Project we urge citizens to maintain and retain their humane and peaceful nature and desist from all activities that may hurt fellow citizens.”