Fresh arrests as Ramaphosa jets in

MDC National Spokesperson Jacob Mafume has been confined at ZRP Law and Order section for the whole day in the company of his attorney Advocate Bhatasara of Zimbabwe Lawyers for Human Rights.

Source: Fresh arrests as Ramaphosa jets in – The Zimbabwean March 11, 2019 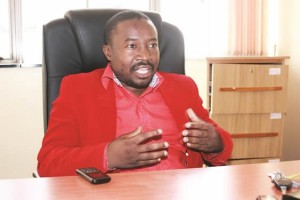 The MDC is concerned with the continued persecution of MDC leaders.  Mr. Mafume is a Cllr for ward 17 in Mt Pleasant. Several councillors across the country have been arrested since January.
Members of Parliament and senior leaders have also been brought before the courts on trumped up charges some as scary as treason.

These arrests, abductions and torture of citizens including leaders of trade unions and civic society do not only invite isolation of Zimbabwe but are an impediment to the much needed National dialogue.

The MDC calls President Ramaphosa to emphasise on the need to end persecution of dissenting views in the country.