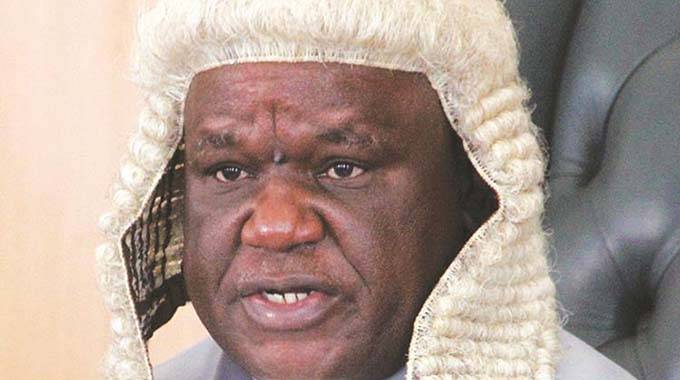 A case where a Zanu PF activist wants the Constitutional Court to overturn a High Court ruling on Chief Justice Luke Malaba’s continued stay in office will be heard on Wednesday amid mounting controversy over the suitability of the judges set to handle the matter.

Three High Court judges ruled in May that Malaba ceased being a judge when he reached the retirement age of 70.

Max Mupungu filed a ConCourt challenge against the High Court ruling and is being represented by Lovemore Madhuku.

Alec Muchadehama, a veteran human rights lawyer, said the ConCourt judges were conflicted because they were cited in the application by Musa Kika ,executive director of the Zimbabwe Human Rights NGO Forum and the Young Lawyers Association of Zimbabwe.

“I don’t see how they will sit,” Muchadehama told The Standard.

“They (judges) also happen to be the judges of the ConCourt, they are still the same people and they are interested parties.

“Madhuku has applied to a party, who is interested in the matter.

“That is against natural justice because a judge cannot judge over his own case.”

He added: “They were supposed to wait for the matter before the Supreme Court, then launch a fresh case than going to a different court seeking the same relief when the matter is before another court.

“The matter before the ConCourt is the same as the one before the Supreme Court.

“The same matter cannot be determined by a different court.

“If they really wanted to pursue the matter, they should have applied to be friend of the court and assist than bring the same issues arising in the same case.”

Muchadehama said while Mupungu did not cite the judges, who were party to the May 15, 2021 matter, the reality was that the judges of the ConCourt “are themselves on trial on 14 July”.

He said there was no way the court’s integrity would remain unscathed by the decision to have conflicted judges preside over a matter they are interested in, which they appealed against and is before another court.

It has since emerged that the Judicial Service Commission (JSC) has roped in Harare lawyer Tawanda Zhuwarara to join the case as a friend of the court.

The JSC made the announcement in a letter to Madhuku on July 8.

Justices Happias Zhou, Edith Mushore and Jester Charewa ruled that incumbent judges could not benefit from the amendment of the constitution, which extended their term limits.

The government appealed against the High Court ruling at the Supreme Court, but before a date could be set to determine the matter, Mupungu lodged the ConCourt appeal.

Madhuku immediately wrote to the ConCourt seeking to have his matter heard as a matter of urgency.

A ConCourt ruling favourable to Mupungu will likely kill all the cases before the High Court and Supreme Court challenging Malaba’s stay in office.

Muchadehama said government went to the ConCourt with the same matter before the Supreme Court because it was avoiding the embarrassment of failing to constitute a Supreme Court full bench to hear its appeal.

This was after Zimbabwe Human Rights NGO Forum director Musa Kika, in his application that was upheld by the High Court, cited all Supreme Court and ConCourt judges.

Mupungu did not cite Malaba, his deputy Elizabeth Gwaunza and other judges in the matter despite the application being filed long after government’s Supreme Court appeal.

Before Zhuwarara’s inclusion, the JSC, working with Justice minister Ziyambi Ziyambi, reportedly wanted to field another applicant to raise some issues that Madhuku did not bring out in his application.

In a case management meeting held on June 11, Kika’s lawyers requested that Justice Gwaunza recuse herself from hearing the matter since it sought to overturn a judgement on a case where she was cited as an interested party, but she refused, arguing that she was not cited in Mupungu’s case.