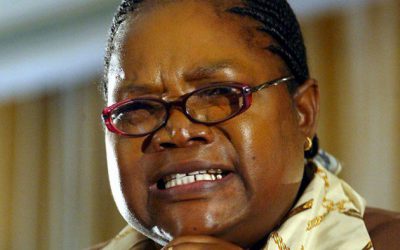 The party argues that the adoption of the name People’s Rainbow Coalition will confuse their supporters.

The party also threatened to file an application at the High Court challenging the use of the name by the coalition.

In a letter dated November 2 and addressed to Zec, RDP maintained Mujuru’s coalition must find any other name not related to theirs.

“We write to advise that the Rainbow Democratic Party is a registered political party under Zec reference number C/20/100,” the letter read.

“In the circumstances, we are putting forward a complain following the use of our name by the political alliance led by Mujuru.

They have given their name as the People’s Rainbow Coalition which is now causing confusion among our members and supporters.
“We categorically state that we are not aligned to this alliance of parties,” the letter said, claiming it was unprofessional and unethical to continue clinging to the name.

The party said Zec must intervene, so that the confusion created on the use of the name was cleared before elections.

Contacted for comment, PRC chairman Samuel Sipepa Nkomo said the RDP has no point since his coalition name does not exactly match theirs, urging them to stop threatening the coalition with litigation over nothing.

“Tell them they have no story. Our name is PRC theirs is RDP and these do not follow each other so where is the complaint. There are names which are prescribed by the law which we cannot use and ‘rainbow’ is not one of them. This word can be used with other words and there is no issue,” Nkomo said.

“That they are threatening us over nothing does not work, the truth is that there is no issue here.”

On August 7, 2016, RDP secretary-general Marshal Mlilo wrote to Zec, informing the electoral management body that they had formed the party, seeking to be included in all relevant programmes and on June 8, 2017, Zec acknowledged the receipt of their profile documents.

This is not the first time Mujuru has been accused of stealing other political parties’ names.

At one point, Zimbabwe First Party leader Maxwell Shumba accused Mujuru, before she changed her party name from ZimPF to NPP, of stealing his party name.

The latest challenge came after PRC signatories endorsed Mujuru as their 2018 presidential candidate.

On Saturday, the parties held their coalition signing ceremony at Stanley Square in Bulawayo.