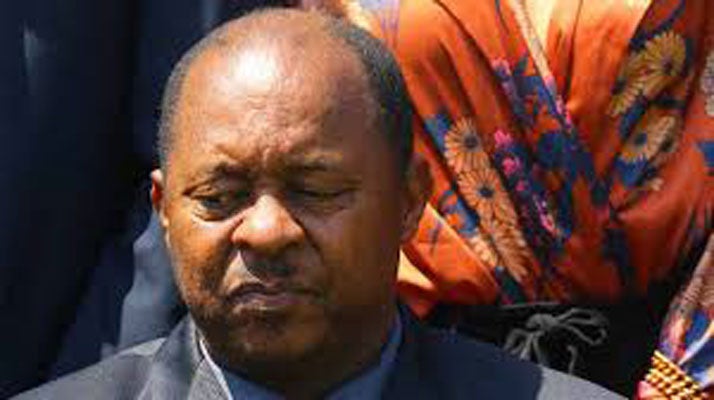 The Mpilo Hospital board is investigating the circumstances surrounding the alleged imposition of principal nursing officer (PNO) by the government while interviews were being held to fill the vacant position, it has been revealed.

Mpilo officials recently advertised for the post that fell vacant in January 2018 and held interviews at Ingutsheni Hospital, but before they could conclude the process they were informed by the Health and Child Care ministry that someone would be deployed from Chitungwiza Hospital.

Health and Child Care minister Obadiah Moyo is the former Chitungwiza Hospital CEO and insiders said there were fears that he was behind the appointment of the new PNO outside the established norms.

“I can confirm that we conducted interviews at Ingutsheni Hospital to look for a qualified person to fill in the post as our PNO had passed on,” said Solwayo Ngwenya, the acting Mpilo CEO.

“We received communication from the permanent secretary of the minister of Health that Miriam Mangeya had been transferred to Mpilo Hospital to fill in the post.”

The move alarmed the hospital’s board, which was never informed about Mangeya’s transfer, insiders said.

Sichelesile Moyo-Ncube, the board chairperson, said they were shocked to learn that someone had been deployed from Chitungwiza before the interviews could be concluded.

“I can safely confirm that as the Mpilo board we recently had a meeting where we discussed the PNO’s issue,” she told Sunday Southern Eye.

“Yes, interviews were done and we expected a logical conclusion of getting a person from the interviewees to fill in the post, but we were shocked to learn that the PNO came from Chitungwiza Hospital, a move that we are questioning.

“We want to know why this happened without the knowledge of the board and hospital management.”

Moyo, who was appointed Health and Child Care minister last year, could not be reached for comment.

The scandal over the hiring of the senior official comes hard on the heals of an uproar over the recruitment of nursing students at Mpilo Hospital and the United Bulawayo Hospitals where it emerged that an overwhelming majority of the recruits were from outside the region.

Political parties such as Zapu and the Mthwakazi Republic Party picketed at Mpilo demanding a review of the recruitment process while the government maintained that everything had been done above board.

The student nurses saga fuelled fresh debate about the alleged marginalisation of the Matabeleland region where people say outsiders are given jobs ahead of locals.

Meanwhile, some general workers at Mpilo Hospitals said they were forced to part with their livestock, which they gave to named officials at the institution as bribes to secure jobs.

The workers singled out an official who hails from Mberengwa whom they described as the ringleader of the syndicate.

They said the majority of workers falling under the Grade 3 bracket were from Mberengwa and were recruited by the official after handing over a beast each.

“If anyone doubts that there is corruption at Mpilo they should check the employee records and they will discover that the majority of workers in Grade 3 are from Mberengwa,” said an employee, who confessed that he paid a bribe to secure a job at the hospital.

Ngwenya said he was not aware that some employees at the hospital secured jobs after paying bribes.