From Dead BC to Lacoste Broadcasting Corp

Source: From Dead BC to Lacoste Broadcasting Corp – The Standard May 5, 2019 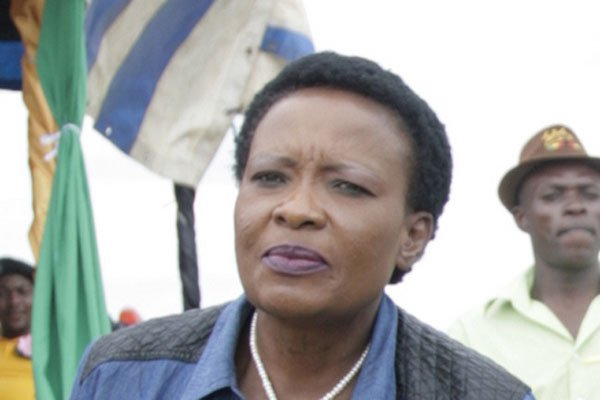 Letter to my people BY DOCTOR STOP IT

My Dear People,
I trust I find you well.

That is obviously a very difficult feat to achieve under the circumstances.

Hardships and shortages can hardly be the ideal environment in which to achieve a decent life.

Watching Auxillia trying to play Mother Theresa on national television must be one of the most excruciatingly boring activities Zimbabweans are having to endure after a hard day out hustling.

For those who may not know, Auxillia Mnangagwa, ED’s wife was filmed taking government officials at NatPharm to task over why there were shortages of medicines in some government health institutions.

Apparently her anger was stoked after she visited a health institution in her home province of Mashonaland Central.

Her unprofessional conduct drew negative comments from some people who felt that she was overstepping her non-existent mandate of being first lady.

Auxillia has been all over the show, making unannounced hospital visits and disrupting the smooth flow of activities and with the support of some camera persons unprofessionally filming patients at health institutions.

She and her hangers-on have been all over the place, from being received by government officials in Chimanimani and cluttering about at the Zimbabwe International Trade Fair.

Some professionals were mortified to learn that Auxillia demanded delivery schedules for medicines, which she was also going to monitor!

However, despite all the brouhaha, she still had her own supporters with others saying there was need for an “uninterested” person to say things as they are.

Some felt that Cyclone Auxillia was the appropriate person to storm NatPharm given that some medical drugs were already being diverted to the black market and not finding their way to their intended targets.

Exactly the kind of reasons that were given when your Dr Amai Grace Mugabe started addressing her ill-fated Meet the People tours.

Before long, she was targeting people that she and her friends perceived as her husband’s political enemies such as Joice Mujuru and members of her political faction in Zanu PF.

Then she came up with the youth interface rallies, which brought to an end her budding political career and her husband’s life presidency.

During the youth interface rallies, she targeted and eliminated perceived opponents of her G40 faction and her husband.

Among those who were not spared public humiliation were Dhakisi and his Lacoste faction together with Auxillia.

The question that arises is are the factions and cartels so powerful that ED and our government, including the police and the ministry responsible so powerless that we have to send the first lady and some camera persons to say the uncomfortable things?

We wish to officially acknowledge the official death of Dead BC, which was dead anyway (LABC).

In its place, we have been given Lacoste and Auxillia Broadcasting Corporation.

On this national television station, the news is strictly about any activities, no matter how useless which may be conducted by ED and his wife.

If the activities by mom and dad have been exhausted, the television station can always interview the children.

Especially about how their father in typical James Bond fashion stepped on minefields, deadly snakes and leapfrogged lions and giraffes as he fled to Mozambique in order to stage the coup.

After that, truly members of the Lacoste faction can then occupy LABC television channel, especially if they are from some special selected provinces.

Some comrades have been excelling at this clean up exercise that they have been going on and on about.

It has given some of us an opportunity to see that the comrades are wasting time in the high offices that they occupy.

The whole lot is so motivated and deliver well when they set their minds to cleaning up rubbish around the country.

I think as Zimbabweans, we need to give these guys an opportunity to do what they excel at.

The MDC municipalities are failing to clean our environment and failing to collect domestic waste anyway.

Employ the comrades as bin collectors!

It was very touching to see our government declaring that it would soon put in place mechanisms to ensure that all victims of Cyclone Idai who lost birth certificates, identity documents and other important particulars during the floods would ensure that they were replaced.

That is what governments should do for their people.

We hope similar thoughts will be applied in helping victims of Gukurahundi genocide who equally need the important documents.
Gushungo Chete Chete!