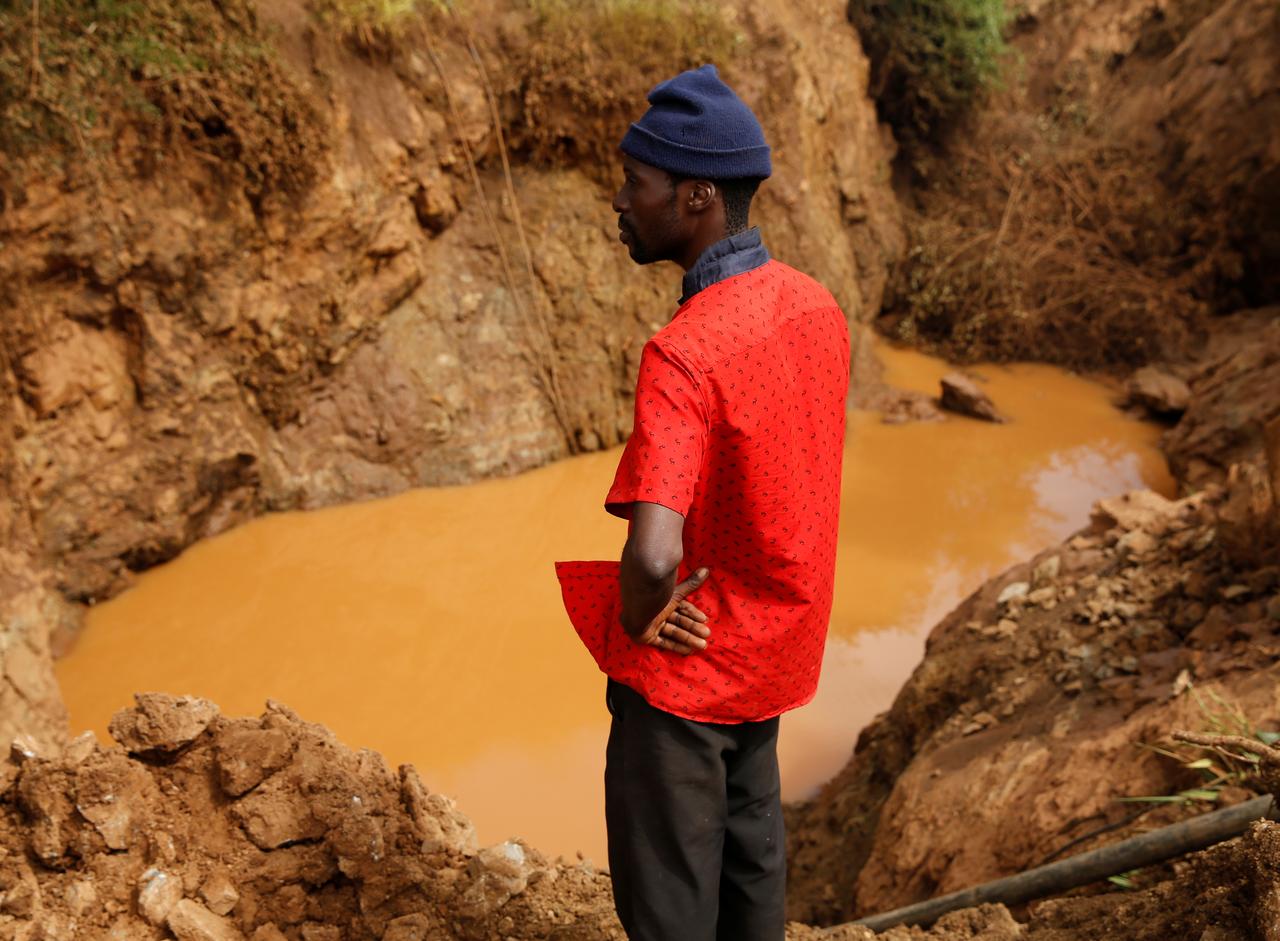 BATTLEFIELDS, Zimbabwe (Reuters) – Relatives of trapped illegal Zimbabwean gold miners on Friday expressed frustration at the slow pace of rescue efforts, saying they were losing hope of finding up to 70 people alive as the government declared the accident a disaster.

Rescuers in Battlefields, 175 km (109 miles) west of Harare, had hoped to start bringing the miners out by Friday afternoon but the amount of water in the pits and underground tunnels slowed progress.

Local Government Minister July Moyo said in a statement the government had declared a state of disaster and that up to 70 people could have been trapped in the pits.

“Currently, frantic efforts are being made to pump out the water from the flooded shafts before the retrieval of the victims,” Moyo said without giving a timeframe.

The miners were trapped on Tuesday night when the shafts they were working in were flooded after a nearby dam burst.

“We lost a lot of people and what is so painful is that we see a lot of rescue people but its been three days without any success,” Albert Mazongo, whose two brothers were trapped in the shafts, told Reuters.

Battlefields and surrounding areas are rich in gold deposits and popular with artisanal miners who use picks and shovels and generator-powered water pumps. The makeshift shafts and tunnels can easily collapse in the rainy season when the ground is soft.

The pits are dotted around a clearing some 8 km from the main dirt road. On the edges are shacks made of plastic which serve as accommodation for those digging for gold.

At abandoned mines, the miners, known locally as “Makorokoza” or hustlers, usually sneak in at night and can disappear into shafts and tunnels for more than two days.

They sell their gold to central bank subsidiary Fidelity Printers and Refiners or private buyers.

Relatives said the trapped miners were caught unawares as they went about their routine work in the shafts, some of which were 100 meters deep.

“They should give us the chance to go into the pits because we know the pits better than them,” Mazongo said, as the sound of water pumps clearing the shafts hummed through the air.

State-owned newspaper The Herald said rescue teams from nearby mines and the Civil Protection Unit were trying to recover the men but authorities did not expect to find survivors.

Carlos Daka, who also mines in the shaft but was not working on the fateful night, said he considered himself lucky but was grieving for his colleagues.

“I am in tears because most of the people trapped down there are my age – between 21 and 23 years of age – so really its so painful that they are trapped,” he said.