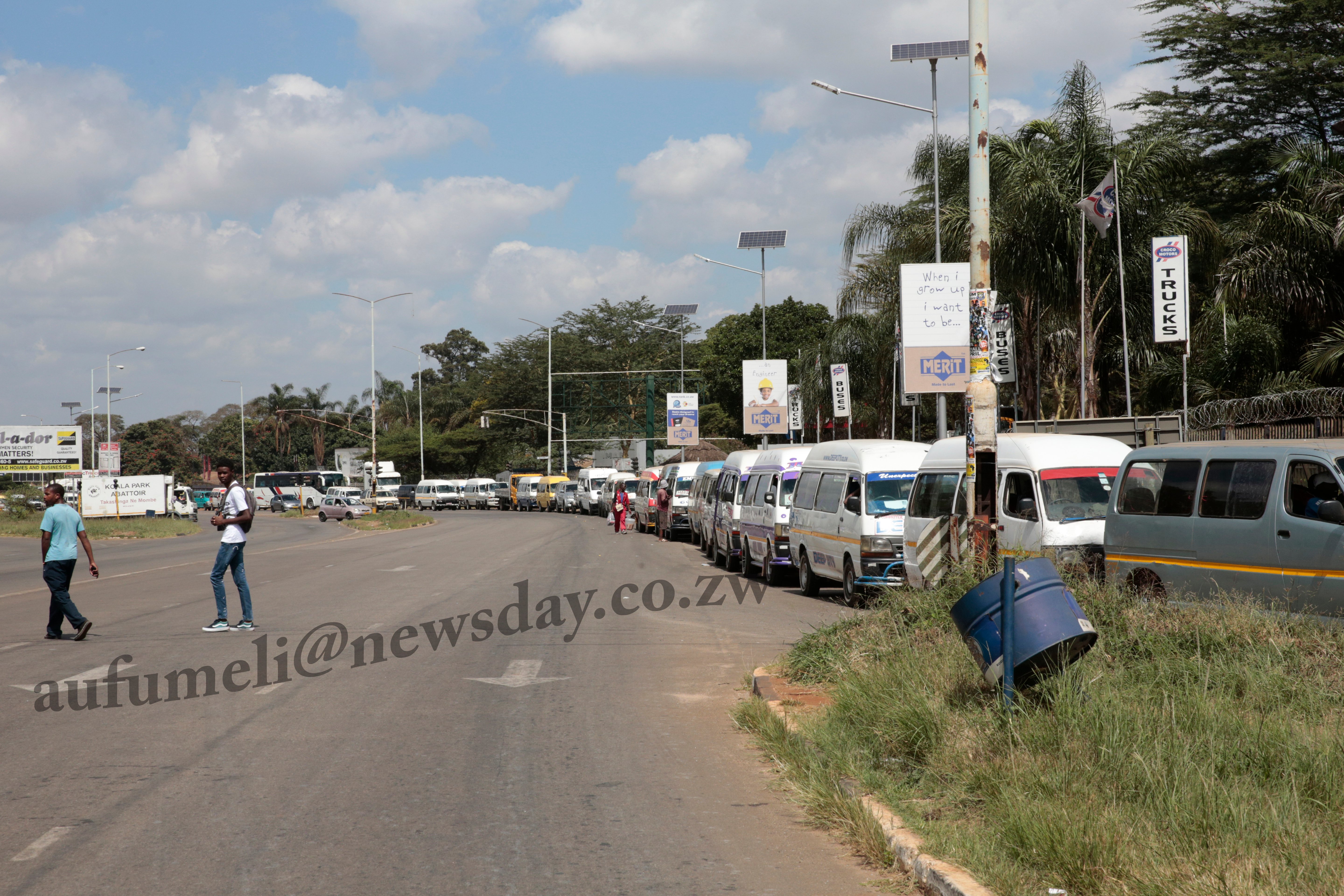 The fuel situation in the country remained critical yesterday despite the hike in prices on Tuesday, triggering transport blues in Harare and Bulawayo as “the revitalised” Zimbabwe United Passenger Company (Zupco), with slashed fares, failed to cope with demand.

There were long queues at fuel stations in Harare and Bulawayo as fuel remained scarce as a result of erratic supplies in the market, forcing the few commuter omnibus operators with the resource to hike fares in response to the fuel price hikes.

The prices were hiked after the central bank lifted the 1:1 United States dollar to RTGS$/bond note exchange rate that oil companies were enjoying to import fuel.

In Harare, there was a scramble for the cheap Zupco buses, with some passengers forcing their way into the buses through windows, while others took the risk of going home atop the luggage carriers of conventional buses.

The situation persisted into yesterday, with most people reporting late for work as they waited for the Zupco buses, which were struggling to cope with demand.

The kombis continued with their hiked fares, while other remained held up in fuel queues.

In Rusape, privately-owned taxis, known as mushikashika, were nowhere to be seen yesterday.

A majority of workers and school pupils in the Manicaland town walked to work and school because they could not afford the current fares being charged by transport operators, while others never attempted to go on with their day-to-day business of carrying the commuting public.

Supermarkets and other businesses were closed in the early hours as operators were not sure what prices to charge since most goods are charged in the equivalent rate of a United States dollar (US$).

Urban Commuter Operators of Zimbabwe president Simbarashe Ngarande said they were in a fix as operators because fuel prices often triggered an increase in the prices of spares.

“The issue of fuel is always tricky on our operations because whenever there is a fuel price increase, spares go up as well,” Ngarande said.

“As commuter operators, we were waiting for what we were promised by the former Transport deputy minister Honourable Fortune Chasi (now Energy minister) that we will also have to be allocated subsidised fuel so that we don’t pass the burden to the commuting public.”

In Bulawayo, transport operators also increased fares in response to the fuel price hike as well as scarcity of the commodity.

There were long queues at several filling stations, with the commodity selling for anything between ZWL$4,80 and ZWL$5,15 for both petrol and diesel.

There were fears that commuter omnibus operators would “park” their vehicles after messages circulated calling on them to park vehicles in protest over the latest fuel price hike.

“The Zupco buses are taking most of our customers after they reduced their fares to $0,50 and we are not going to increase or reduce our fares since we are buying fuel at a higher price. The transport fare will remain at $1,50,” Tshova Mubaiwa Commuter Omnibus Association chairperson Atlas Moyo said.

However, operators were charging $2.