G40 and the lessons of history 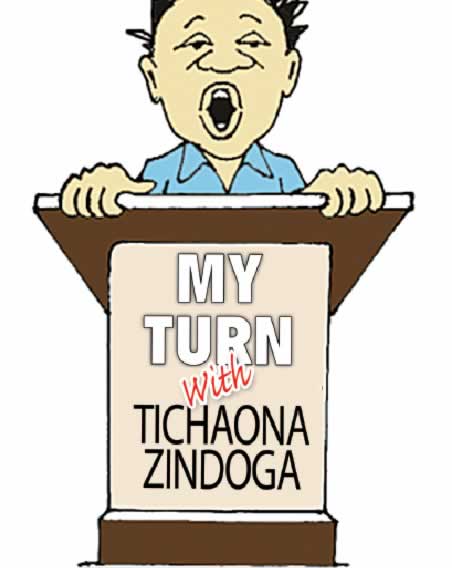 Someone has just remarked — beautifully — that the Zimbabwean story, shaped by recent events, is turning out like an artwork painted on a canvas and a picture is emerging by each stroke. The Zimbabwe Defence Forces, which launched Operation Restore Legacy to stem the rot in the ruling Zanu-PF party which was threatening national security, has been handling the delicate political matters commendably.

Now a political process, in and outside the army’s intervention, has begun that will change Zimbabwe forever — and this includes leadership change in the ruling party.
For both political lessons and a bit of entertainment and poetic justice, the other pillar of ZDF’s intervention — that of bringing to book criminals around former President Robert Mugabe — must now kick off with those that have been caught being brought out to stand trial and justice.

Many people would love to see a particular cabal, the so-called G40, facing the music.
Anyone with a sense of history would have known that the end was going to be bad for the manipulative, greedy, immoral and power hungry cabal that surrounded former President Mugabe.

The G40 faction of the ruling party was fronted by a clique led by the ex-First Lady, Mrs Grace Mugabe, Professor Jonathan Moyo, Saviour Kasukuwere and Patrick Zhuwao.

The four politicians acquired massive power and influence in the ruling party, abusing their proximity to the presidency with Mrs Mugabe often betraying that she was using more than her political office to push through actions against internal party rivals.

In many respects, as a latter-day politician, Mrs Mugabe disregarded the revolutionary party’s tradition, decorum and institutional memory in an effort to push a new dispensation in the party.

The new dispensation would be one in which the party would be divorced from its liberation ideology and practice, with a new order taking place that was not grounded on anything, but exercise of power and abuse of the same to access the country’s resources.

Because three members of the cabal, namely, the First Lady, Kasukuwere and Zhuwao, have no liberation war credentials while Prof Moyo is not as decorated either.
In fact, those in the know call him a deserter. With such a background, the G40’s dissociation and attempt to liquidate the revolutionary nature of Zanu-PF is understandable.

G40, or Generation 40, is a term that Prof Moyo coined a few years ago referring to a paradigm in which young people without liberation baggage had the imperative to take power from the former generation of politician.

Former President Mugabe at the Youth Interface in Bindura explained the philosophy of this project and the idea of the so-called “Obama generation” that Kasukuwere, felt inspired by the rise of United States’ 44th president, a black man called Barack Obama, had espoused.

While there was nothing wrong for the G40 — and indeed a new generation of leader to emerge — the manner with which the clique of these four politicians executed their plan was not only unprecedented in the party, but also reeked of all kind of bad and corrupt smells.

They remind one of the infamous “Gang of Four” in China during the Cultural Revolution (1972-76) initiated by former Chinese Communist Party leader Mao Tse Tung.
It is a familiar story that many a history student was quoting these days.

According to the Encyclopedia Britannica, the Gang of Four was “the most powerful members of a radical political elite convicted for implementing the harsh policies directed by Chinese Communist Party (CCP) chairman Mao Zedong during the Cultural Revolution (1966-76)”.

“The group included Mao’s third wife, Jiang Qing, and Wang Hongwen, Zhang Chunqiao and Yao Wenyuan. Their backgrounds were similar in that prior to 1966 all four were low or middle-ranking officials who lacked leverage within the existing power structure.

“Shared traits included their ability to manipulate the mass media, their good standing with Mao and their dislike of and subsequent desire to overthrow moderate government officials who clustered around Liu Shaoqi and Deng Xiaoping.

“The group came into prominence in 1965 when Wu Han’s play Hai Rui dismissed from office was banned as a direct result of an investigation by Jiang into its political character, which resulted in a published denunciation of the play by Yao. This case set a precedent for radicalising the arts and, in effect, signalled the beginning of the Cultural Revolution.

“As the Cultural Revolution intensified, the members of the Gang of Four advanced to high positions in the government and the CCP. Manipulating the youthful Red Guards, the Gang of Four controlled four areas: intellectual education, basic theories in social sciences, teacher-student relations and school discipline, and party policies regarding intellectuals.”

We are told that, after the initial turmoil of the Cultural Revolution subsided in 1969, the Gang of Four maintained their power through control of the media and propaganda outlets and “by their seeming adherence to Mao’s policies and wishes” (reminding us of the cabal’s fake love for former President Mugabe and claiming, to use Prof Moyo’s words, to be “loyalists”).

“With Mao’s death in 1976, however, the Gang of Four lost their remaining power and were imprisoned and later tried in 1980-81 for their activities during the Cultural Revolution. Jiang and Zhang both received suspended death sentences (both reduced to life imprisonment in 1983); Wang was sentenced to life imprisonment and Yao to a 20-year term.”

This sounds eerily familiar and even more so the details of the trials and deaths of the protagonists.

Some more examples abound from elsewhere that show the just, but nasty end to greedy and avaricious cliques that got drunk with power, spate on the people and dared gods.

Zimbabwe’s Gang of Four can be traced back to 2014 when the First Lady got on the political scene abandoning what was then her principal occupation of business and philanthropy stationed at her beautiful Mazowe empire.

Soon, Mazowe became the headquarters of political drudgery centred on eliminating rivals from the party in the name of the President. The first high profile victim was former Vice President Joice Mujuru whom Mrs Mugabe did a demolition job of through character assassination and public lynchings. It was at that time that the world was introduced to hateful, irreverent, indecent and often disgusting public lynchings.

Mujuru herself was not a saint after some known and proven shenanigans that she did for her power bid, including the infamous “Bhora Musango” of 2008. There were allegations of corruption, some of which constitute cases that could be pursued, that were levelled against Mujuru. However, political banter overtook some genuine commissions and omissions and this banter became a trademark. The engine room of the G40 Gang of Four was always busy and cooking issues that divided the people of the ruling party and Zimbabweans in general.

What happened in 2014 was quickly re-enacted to target another Vice President, Emmerson Mnangagwa who was dismissed from party and Government a fortnight ago is largely seen as having precipitated the present crisis. There was a method to the Gang of Four’s madness — and it had to be stopped.

Outside the political charges there are real and compelling cases that can be levelled, as indeed must now be set in motion, revolving around corruption, money laundering, racketeering, abuse of office, misappropriation of State resources, hate speech and others.

We thank the ZDF for the intervention.
For show and for justice!