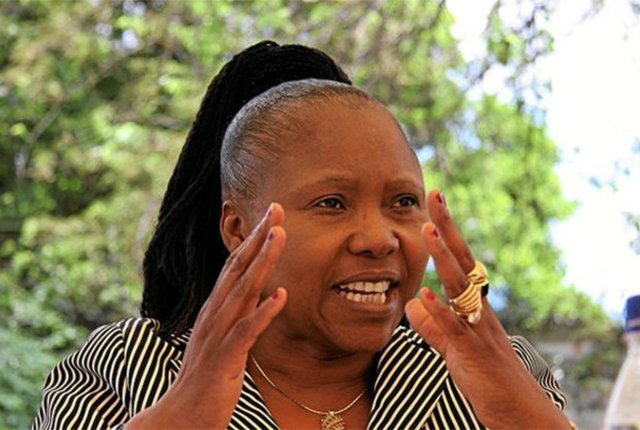 ZANU PF politburo member Oppah Muchinguri has sensationally claimed that the ruling Zanu PF’s G40 cabal was responsible for the looting of diamonds in Chiadzwa and called for the culprits’ immediate arrest. 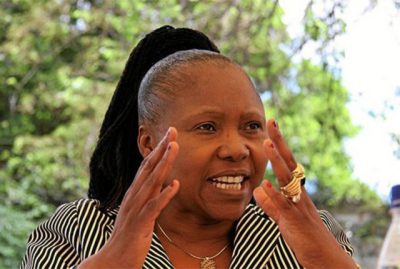 Addressing delegates at a fired-up Zanu PF provincial co-ordinating committee meeting in Mutare on Sunday, Muchinguri thanked the party members for uniting to push out former President Robert Mugabe and other “rogue elements that surrounded him”.

“Following the unfolding events in Zanu PF, we all know that we now have a new leadership and let’s now unite and develop our province and country,” she said.

“Let’s all fight for development and guard against criminals. We should protect what is ours. We should not just look and remain quiet seeing our diamonds being plundered by criminal elements from the G40. That must not happen again.

“We don’t want such elements in our party and government. It is now the duty of everyone here to work hard to build our province and nation. When we see things (corruption) going on, let’s alert each other and make amends there and then, rather than waiting for the rot to continue as what has been going on in the party. ”

Mugabe once publicly admitted that there was rampant looting of diamonds by his government officials, saying $15 billion worth of diamonds could not be unaccounted for.

Muchinguri, a staunch ally of newly-installed President Emmerson Mnangagwa, is one of the top officials earmarked for the post of Vice-President.

Her candidature was, however, being contested by her rivals in the G40 faction, who openly decampaigned her before the sudden turn of events last week which saw Mugabe stepping down for Mnangagwa following the intervention of the military in the country’s political arena.