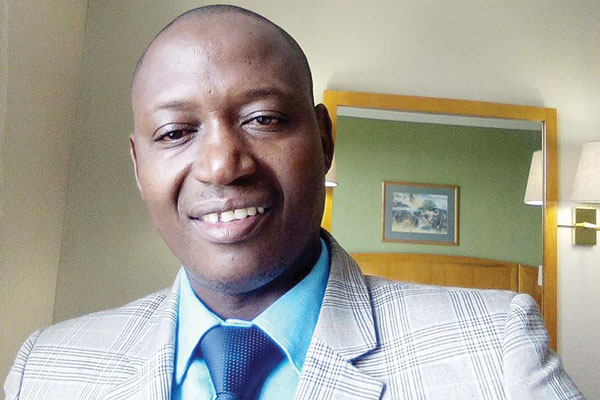 AGRICULTURE deputy minister Douglas Karoro has said young people should be given a chance to venture into farming to sustain the country’s agrarian future.

Karoro made the remarks this week during a tour of projects undertaken by young farmers in Manicaland province.

Karoro said young people should be given the chance to venture into farming business because they are proving to be more productive, citing one Shepherd Nyika, a young farmer who has been renting plots and farms in Makoni district and realising huge yields.

He said he was happy that Nyika had finally been offered a 250-hectare farm (Darkbridge Farm near Nyazura) by government to fully venture into farming.

“I am impressed by such a young farmer like Shepherd Nyika. Last season, he was renting plots and farms, but he managed to harvest a lot and fed into the national reserves,” Karoro said.

“Now that he has been offered a 250-hectare farm, we are expecting more from him. Young people should be given the chance to venture into farming business as they are showing the zeal to be productive and feed into the national reserves.”

Nyika harvested 2 000 tonnes of maize, 25 tonnes of sugar beans, eight tonnes of traditional grains as well as 50 tonnes of soyabeans.

The young farmer said he had been renting farms from individuals who were pre-occupied with other projects.

He said he was happy that he now had his own piece of land.

“Last season, I was renting farms from other people pre-occupied with other projects and it was not easy as the pieces of land are about 30km-40km apart and travelling around several farms is laborious and time consuming,” Nyika said.

“I am grateful that I have been offered a piece of land by government, so, I am going to work hard.”

Karoro said he was also impressed by another young farmer in Arda Transau, Tinashe Magwira.

“Young farmers are generally doing well. We need to support them as government. And I am urging young farmers to take farming as a business adventure and a source of employment,” he said.

Karoro said the police should be more vigilant as there are increasing reports of theft of agricultural equipment across the country.

He added that irrigation equipment was the most vulnerable and urged farm owners to beef up their security.