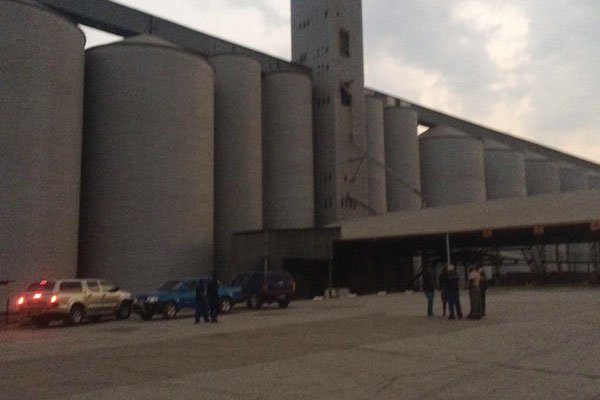 Grain Marketing Board (GMB) chief executive officer Rockie Mutenha allegedly misled Parliament on Tuesday when he denied reports that the parastatal received $9 million from the Grain Millers Association of Zimbabwe (GMAZ) to repair its silos, NewsDay has learnt.

Mutenha told the Parliamentary Portfolio Committee on Agriculture led by Gokwe Nembudziya MP Justice Mayor Wadyadyena on Tuesday that the GMB did not receive money to repair silos from GMAZ and never entered into a loan agreement with any institution.

But documents seen by NewsDay indicate that in 2017, GMAZ entered into a silos repair contract with government, represented by then Finance minister Patrick Chinamasa.

“This indicative term sheet sets out the basis upon which the GMAZ would consider financing GMB to enable the latter to rehabilitate, repair and maintain certain of its
silos,” part of the contract reads.

The utilisation of $9 million was to be monitored by MetBank Limited, which was the “arranger” of the contract.

“MetBank, through whom the financing will be advanced to the Government of Zimbabwe, will jointly monitor the utilisation of the facility amount with the Ministry of
Agriculture and Ministry of Finance.

Account Number 0107003279714 for onward transmission to the Government of Zimbabwe into an account instructed by the Ministry of Finance upon satisfactory supervision of
works in progress,” reads part of the contract, which was signed by Chinamasa and GMAZ chairperson Tafadzwa Musarara.

In a letter to the GMB auditors, Baker Tilly and Chartered Accountants, Mutenha, as the GMB general manager, confirmed that the parastatal had received over $5 million from
GMAZ.

“GMB was given authority to utilise funding from the GMAZ facility for silo rehabilitation works. The entity has to date withdrawn $5 516 244,99. This was all channelled
towards the waterproofing of silos,” part of the letter, signed by Mutenha on February 13, 2018, reads.

In 2017, then Vice-President Emmerson Mnangagwa also acknowledged that government had received funding from GMAZ to rehabilitate silos.

Contacted for comment last night, GMAZ spokesperson Garikai Chaunza said: “We can confirm the authenticity of these documents and we are still waiting for GMB to give us a
full audited report of how the money was spent.”

Mutenha last night refused to comment over the matter.

“I am sorry I cannot speak on that matter over the telephone, worse considering I am in the comfort of my home,” he said.