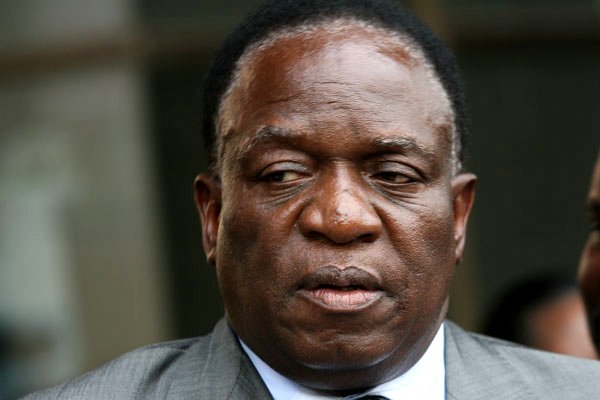 THE year 2018 is coming to a close; it was a year of political intrigue, economic turmoil and endless drama.
A nation desperate to open a new chapter in the aftermath of the ruinous and controversial rule of long-time dictator Robert Mugabe, who was toppled through a military coup last year, saw its hopes of instant redemption dashed and evaporate amid simmering popular disillussionment and rising discontent.
With Zimbabwe now under the leadership of President Emmerson Mnangagwa, a long-time lieutenant and chief enforcer of Mugabe at the height of his power, this year was characterised by a cocktail of good news, bad events and ugly experiences.
The Zimbabwe Independent reflects on the country’s journey during the course of 2018.

January: Zimbabwe started off the year a hopeful nation, still gripped by euphoria following the departure of Mugabe in the previous year, amid pledges by Mnangagwa to re-engage with the international community as well as embrace far- reaching economic and political reforms.

With watershed general elections looming on the horizon, Mnangagwa’s rhetoric set the right tone that Zimbabwe was going to stage a credible and bloodless poll in July. Previous disputed elections were tainted by violence and vote-rigging accusations.

During the same month, Mnangagwa, donning his trademark Zimbabwe flag scarf, joined other world leaders in Davos, Switzerland, where he expressed Harare’s commitment to extinguishing its US$12 billion external debt stock, which is now US$17,6 billion, while also pledging to embrace sweeping economic and political reforms.
April: The homecoming show of Chimurenga music icon Thomas Mapfumo as he performs in Zimbabwe after 14 years in exile sent the whole nation into a frenzy. Over the past decade, Mapfumo’s music was critical of Mugabe’s authoritarian rule and his disregard of human rights. The legendary musician performed at the Glamis Arena in Harare.
May: In a clear indication of thawing relations between Harare and Britain, London extended US$100 million to Zimbabwe’s private sector — the first such direct commercial loan facility in over two decades — to the southern African country.

The loan facility, which was extended to Zimbabwe through Britain’s development partner, the Commonwealth Development Corporation, was a major policy shift by Britain after imposing sanctions on Harare in 2000 owing to a deteriorating human rights record.

September: Breaking away from the jinx of droughts for the second year running, Zimbabwe’s grain buyer of last resort purchased close to 1,2 million tonnes of maize, with government announcing that it would not be importing the commodity this year.

During the same month, Mnangagwa announced a new-look cabinet with generally respectable personalities such as banker and Professor Mthuli Ncube — who trained at the University of Cambridge and taught at the London School of Economics and the University of Oxford, as well as at Wits University besides working in the Corporate sector — and Zimbabwe’s most decorated sports personality Kirsty Coventry as ministers of Finance and Sports, respectively.

While Ncube inspired confidence from the general public that he was going to end Zimbabwe’s economic woes, Coventry also brought hope for a nation starved of sporting glory, that under her leadership, good times were beckoning for Zimbabwean sport.

In the wake of a cholera outbreak that claimed the lives of 48 people, Econet Holdings owned by Zimbabwean billionaire Strive Masiyiwa extended US$10 million to government to aid efforts towards containing the water-borne disease. Interestingly, the government had launched a “crowd funding” initiative to mobilise resources to tackle the deadly disease.

January: Carrying over from last year’s deep-seated structural economic problems, Zimbabwe entered 2018 characterised by all-too-familiar challenges choking the economy such as acute foreign currency shortages, widespread company closures and spiralling prices of basic commodities. At the start of the year, the bond note, introduced in 2016 ostensibly to incentivise exporting firms, was rapidly losing value against the US dollar, inspite of government insistence that the two currencies were trading pari passu. During the same month, the Reserve Bank of Zimbabwe (RBZ) struggled to meet foreign currency requirements for exporting firms, triggering a decline in productive capacity.
July: Mnangagwa, who rose to power through a millitary coup that ousted Mugabe, won a disputed poll, casting his legitimacy in doubt. Mnangagwa won the July 30 poll by a wafer-thin margin ahead of his closest rival and leader of the MDC-Alliance Nelson Chamisa.

Though the Constitutional Court ruled in Mnangagwa’s favour, his legitimacy remains questionable, amid several damning reports from several local and international observers including the European Union.

August: As the year progressed, Zimbabwe’s worsening economic challenges became pronounced, with prices of basic commodities spiralling. The fiat currency plunged against the greenback, with trading of the currencies rampant on the alternative market.

During this month, the cash exchange rate of US$100 rose to 142 bond notes from 130 in the previous month on the parallel market, while the exchange rate on electronic platforms spiralled to a record high 170 bond notes.

February: Zimbabwe woke up to the sad news of the death of veteran opposition leader Morgan Tsvangirai on February 14.

There was an outpouring of grief across the country, with world leaders passing glowing tributes to the nation following the demise of its former premier .Tsvangirai, who led the Movement for Democratic Change (MDC) at its formation in 1999, succumbed to colon cancer at a private hospital in South Africa.

August: In the aftermath of the disputed July polls, the military shot and killed six civilians in Harare’s central business district on August 1 to quell protestors who were demanding the immediate announcement of the vote. The brute killings, which unfolded in the full glare of international election observers and journalists, earned Mnangagwa criticism for adopting such a heavy-handed approach to crush dissent. His legitimacy and pledge to broaden democracy in Zimbabwe were questioned.
A deadly cholera outbreak was first reported in Harare’s high-density suburb of Glen View, before rapidly spreading across the country, claiming the lives of 48 people. Government was criticised for its approach, after launching a crowd funding campaign to mobilise resources to contain the disease while ironically buying cars for chiefs.
September: Although Mnangagwa’s new lean cabinet was seen as a departure from Mugabe’s past of recycling “dead wood”, the appointment of Obadiah Moyo as Health minister triggered sharp criticism, given his controversial medical credentials.

The market was unnerved, and government appeared caught in sixes and sevens, failing to convincingly explain whether its latest policy position was not a shift from its insistence that the bond currency was equivalent to the US dollar.

December: Zimbabweans going to experience one of their gloomiest festive seasons in living memory due to economic problems.