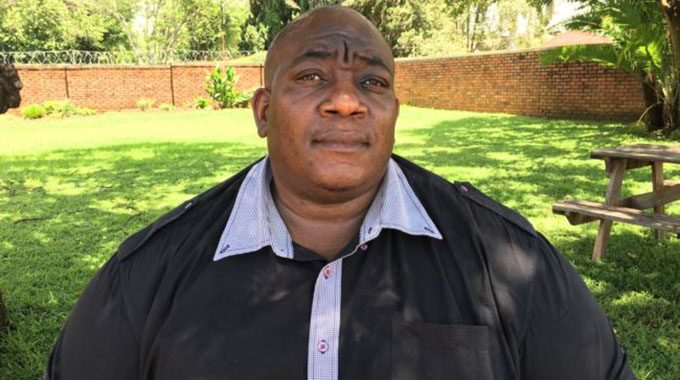 Source: Government calls teachers to order | The Herald May 11, 2018

Felex Share Senior Reporter
Government yesterday ordered a few teachers’ unions agitating for a strike next week to channel their grievances through the Apex Council, a body that brings together all civil servants organisations.

The unions, under the banner of the Federation of Zimbabwe Educators’ Unions (FOZEU) have threatened industrial action next week if Government does not accede to their demands.

The Apex Council is the voice of civil servants in the National Joint Negotiating Council (NJNC), a platform that brings to the negotiating table Government and workers’ representatives.

Secretary for Presidential Affairs and Monitoring Implementation of Government Programmes Mrs Constance Chigwamba wrote to all the unions under FOZEU indicating that Government did not recognise the federation.

“Be advised that the Minister has taken note of the issues that you have raised in your submissions,” she said.

“However, it should be noted that negotiations for conditions of service for members of the Public Service are conducted in the National Joint Negotiating Council (NJNC) with the workers represented by the Apex Council.

“Your issues were referred to the NJNC. You may be aware that the Apex Council has submitted a position paper with issues similar to what you are raising in your papers,” said Mrs Chigwamba.

“The Minister has therefore directed that you channel your concerns through the Apex Council since FOZEU is not a recognised institution to negotiate for members of the Public Service in terms of Statutory Instrument 141 of 1997.”

Mrs Chigwamba said negotiations for 2018 had begun and Government hoped for “fruitful and conclusive deliberations.”

The NJNC met on Monday and Government offered civil servants a 10 percent salary increase with effect from July 1.

Government also rescinded a ban on teachers going on vacation leave and agreed to pay educators who were short changed by ban.

Workers wanted the lowest-paid Government employee to get $720, up from $253.

After negotiations, union leaders reached a tentative compromise with Government and asked for a week to consult with their membership.

A feedback meeting is expected on Monday.

Overlooking these efforts, unions under FOZEU insisted that the industrial action would begin next week.

The largest teachers union in the country, Zimbabwe Teachers Association (ZIMTA) has broken ranks with other FOZEU members and agreed to give dialogue a chance.

The Government also agreed to reduce rentals on its houses to a figure not more than the housing allowances given to its workers.