The systematic crackdown of Civic society Organisations in Zimbabwe concerns the MDC. Yesterday the military government arrested Zenzele Ndebele the director of CITE at a meeting of Mr Mnangagwa and CSOs in Bulawayo. 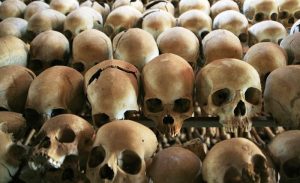 They went on to raid CITE offices and ransacked the place without a search warrant. The continuous closure of democratic space in Zimbabwe is retrogressive and inflicts Zimbabwe’s further isolation from the family of nations.Yet the re-engagement rhetoric is gobblingmillions of tax payer’s funds.

The own goals must stop.

Ndebele is being targeted for his role as a producer of a documentary on the 1982-1987 genocide known as Gukurahundi.

Recently, the military government attempted to close operations of COTRAD a CSO in Masvingo only to be overturned by the High Court.

We are also aware of curtailing CSO operations through the so-called PVO bill.

People must be allowed to enjoy their civil and political rights as enshrined in the Constitution.