As a matter of fact, and for the avoidance of doubt, I’m one of the returning residents who came via an Ethiopian airline yesterday (Monday). I don’t want to belabor you with a long read. I will therefore go straight to the point. 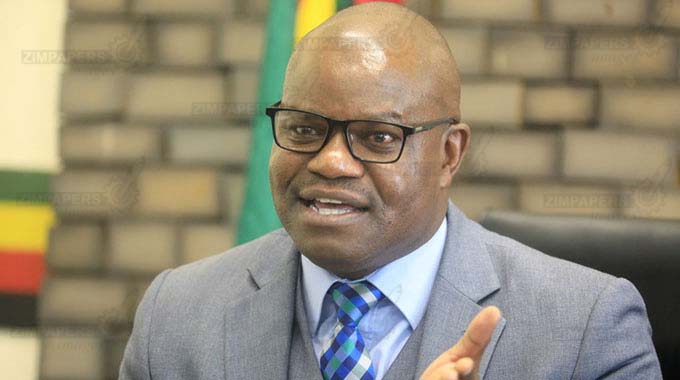 Yesterday, the permanent secretary in the ministry of information Nick Mangwana tweeted that we — overseas returnees — were demanding hotels. No, this is an outright lie! We did not demand hotel accommodation. In fact, I was shocked when I read the tweet which many Zimbabweans believed, including those who purport to be frontline human rights defenders. And the Fourth Estate too was hoodwinked.

Here is the other side of the coin. Just like any other Zimbabwean citizen with rights including access to shelter, water and health amongst other basic amenities, we demanded to be housed at a decent facility. Decent in as far as basic health as defined by health bodies in the wake of the coronavirus is concerned. By basic facilities we meant at least a room with a bed and blankets; toilets with running water and clean bathrooms.

Belvedere, a facility which government authorities provided doesn’t have all those. And government spin doctors led by Mangwana want all Zimbabweans and the rest of the world to laud government for a job well done when in fact what they are doing is exposing returning residents to COVID-19, a pandemic government is claiming to be working to halt.

That hundreds of desperate college students live in shanty facilities such as Belvedere with no complaints doesn’t make it a habitable place. That other citizens returning via Plumtree and Beitbridge ports of entry have agreed to be housed in dirty, stinky and cholera-infested facilities doesn’t make it right either and doesn’t indicate at all that the government of Zimbabweans cares about its citizens. If this treatment of citizens by Zimbabwean authorities has anything to show, it is that authorities who have presided over poor infrastructure including hospitals does not care at all about protecting its citizens from COVID-19.

While we understand that this is an abnormal situation, a period of crisis, no right thinking Zimbabwean should commend government for treating its returning citizens like animals. When we arrived at Belvedere we thought authorities had already assessed the place and certified it as habitable. Although we did not expect anything flashy given the fact that this is a temporary quarantine facility in an emergency situation, we didn’t expect that we will be thrown in a place which doesn’t have basic amenities such as running water.

To make matters worse, government authorities who came to address us regarding our concerns were arrogant. A case in point is when a senior official in the ministry of Public Service, Labour and Social Welfare threatened to unleash police on us, to force us to occupy an inhabitable accommodation.

“If you don’t comply we will ask police to enforce our commands,” the permanent secretary in the Social Welfare ministry who should otherwise know better about the government’s obligations about taking care of the vulnerable, us included, told us.

He added: “You can’t choose where to stay, we chose for you.”

To those who have made insulting returning residents, their full-time jobs during this ongoing crisis; please know that while we understand the importance of being isolated from the rest of the community now, the conditions that returning residents are subjected to will in fact propagate the spread of COVID-19. While most of us are from Coronavirus hotspots, we don’t necessarily have the disease, but because of our poor living conditions in quarantine we’re now at more risk of contracting the deadly disease more than other citizens yet government should protect everyone equally.

And while some of you are wailing, thinking returning home is the stupidest thing to do, remember that some of the returnees are students whose accommodation has been withdrawn by their universities in countries such as the U.K and the U.S. And also remember that some of the returning residents are people who had just visited for shorter periods and therefore cannot live in those countries indefinitely. After all it’s better to die in Zimbabwe where your family can bury you albeit within 24 hours than to die elsewhere where your family will not be able to access your mortal remains.

And by the way, returning residents also have homes where they can actually self-quarantine and cater for basic services our government is failing to meet. While most of us are willing to be quarantined, we also do not understand why authorities are imposing a 21 day isolation, instead of the WHO approved 14 days. Why should a cash-strapped government seek to host returning citizens for 7 extra days at it’s expense when it can use those resources to cater for more vulnerable communities who are already bearing the brunt of the extended lockdown, with barely no food?

And while you naysayers are supporting government on outright violation of human rights in the name of fighting COVID-19, remember that the government that you’re enabling to abuse it’s returning citizens now will not stop at that. Post COVID 19 this government will continue to violate citizen rights because you enabled it to do so during a crisis.

Last but not least, Mangwana, we appreciate your ardent job in timely informing the nation about COVID-19, especially using real time platforms such as twitter. But I just have one request: Please stop spinning public interest information. It doesn’t help your government and citizens who should make informed decisions during this unprecedented time. And to gullible Zimbabweans, please always take what government authorities say with a pinch of salt. 99.9 percent of what they say is false or half-true. The worst you can get from government authorities is a single story narrative. Find the other narrative before you opine on issues of public interest.

1. There is still no running water at Belvedere.
2. Contrary to reports, police did not guard Belvedere so that returnees don’t riot or at worst escape. As a matter of fact, three police officers came, engaged with returnees then left after an amicable discussion.
3. Nomatter what authorities say, we won’t stay where we risk catching more viral diseases in addition to coronavirus. We will fight for our rights until we’re relocated to a facility that meets basic conditions: running water, one-person room, functional ablution facilities, bedding and food.

For the purposes of signing off, let’s just say my name is Case #0