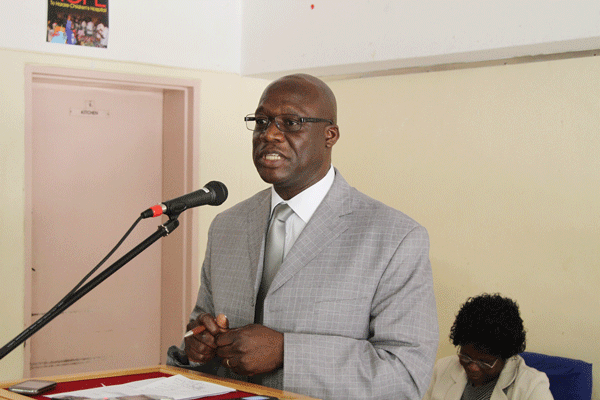 THE recent outbreak of listeriosis in neighbouring South Africa has once again exposed the lukewarm response to disease outbreaks by both the government and Health ministry.

Although there has not been any reported case of the disease in Zimbabwe yet, the officials were reluctant and delayed issuing a statement on how they were going to ensure that the disease remained contained in South Africa.

This is despite the glaring fact that Zimbabweans are smuggling in ready-to-eat foods such as sausages, polony, Viennas, ham, meat spread, corned meat, salami and pepperoni, which have been singled out as the sources of the disease outbreak.

Several attempts by the media to get clarity on the measures that the ministry was taking to ensure the citizens were protected were only attended to late on Monday evening.

Social media platforms were already on overdrive and citizens were worried and needed to hear officially if the country was not at risk.

Several Southern African states did not hesitate to ban processed meat imports and instituted a raft of stringent measures.

The Mozambican Agriculture and Food Security ministry asked that all owners of establishments that commercialise these products start withdrawing them from the shelves, as measures to prevent outbreaks.

South Africa health authorities ordered a recall of polony, supermarkets like Shoprite, Pick n Pay, Spar and Woolworths cleared it from their shelves, along with bacon, sausages and other processed meat products.

They also provided citizens with emergency operations numbers, which they could use and for health workers’ hotlines for clinical emergencies after hours.

However, when the Zimbabwean Health ministry decided to issue a statement, the permanent secretary, Gerald Gwinji inanely said they had “increased surveillance and deployed health officers at Beitbrigde Border Post to monitor the importation of ready-to-eat products from South Africa”.

In terms of more aggressive action like deploying health officials on the ground to check if the particular brands were not being sold by vendors, they sent out a weak plea to citizens to desist from consuming such foods.

This laid back response is typical of the cholera outbreak recently.

When Zambia announced the outbreak, Zimbabwe despite the close cross-border relations, remained quiet until the Chegutu outbreak.

Although it has still not been established if indeed there was a connection with Zambia, the response was poor.

There is need to always have responsive mechanisms in place to deal with outbreaks.

The government has a duty to guarantee the health needs of its people.