GOVERNMENT will be partnering leading Russian diamond producer Alrosa Diamond Company (Alrosa) in the extraction and processing of gemstones from numerous deposits which have been confirmed across the country, it has emerged. 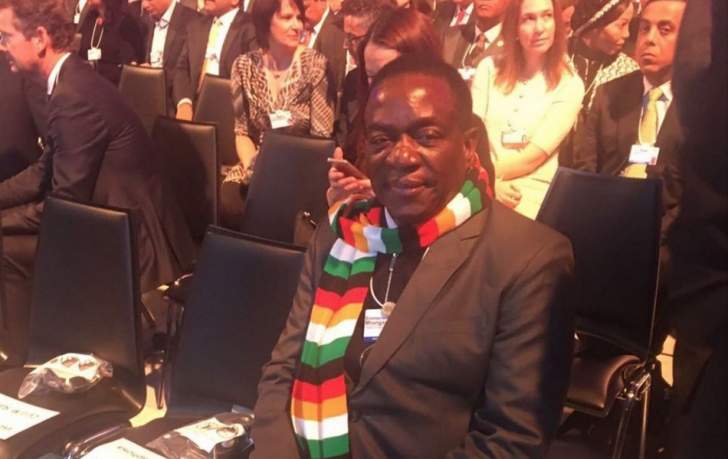 Diamond discoveries have been made in almost all the country’s provinces, according to government officials.

In terms of the indigenisation law, the government will have at least 51% shareholding in all diamond mining ventures.

This comes after an announcement that Alrosa will partner Chinese diamond miner Anjin Investments in Chiadzwa, three years after the company was booted out in controversial circumstances.

In an interview with the Zimbabwe Independent yesterday, deputy chief secretary to the President and Cabinet responsible for presidential communications, George Charamba, said the decision to partner with Alrosa came after taking into consideration that the leading global gem producer was capable of handling the entire diamond value chain.

The decision was made during President Emmerson Mnangagwa’s state visit to the vast Eurasian country last week, where Charamba said the Zimbabwean delegation was left awestruck by Alrosa’s impressive mining equipment and technology.

Unlike the alluvial diamond deposits found in Chiadzwa, Charamba said, the fresh discoveries are kimberlites buried deep in hard rock and requiring advanced equipment to extract.

“Very soon, we are going to announce new diamond findings basically in every province with Masvingo in the lead,” Charamba said.

“We chose Alrosa because it is now the biggest diamond company in the world. De Beers has now moved into second position. In fact, I am told they are now into diamond marketing while Alrosa goes beyond mining and is also into the whole value chain of diamonds, from mining to beneficiation. So that is the natural partner of choice,” he said.

“To quote (Rhodesian prime minister) Ian Smith, Zimbabwe is a highly-mineralised country, but if we don’t move into value addition and beneficiation, we will never be able to turn around this economy. We don’t want to be stuck on rough diamonds. That’s why we badly need a value chain summit as a country.
These are kimberlite diamonds which are found deep in the rocks. Therefore, we are likely to get better quality. Now, the downside of it is that they are capital intensive, which is what we don’t have,” he added.

“So the issue now is that we need equipment to extract them and technology to process them because for as long as they are not processed, they remain a pie in the soil. You should see the monster machines which came from Belarus operating in Chiadzwa to realise that those countries are producing the biggest and most efficient earth-moving equipment in the world. Now we realise that beneath the clutter of Western propaganda, there is in fact a real technological breakthrough in the former Soviet Union states. The level of technological breakthrough by Russia in respect of mining is breathtaking,” Charamba said.

“I will give you the value chain of those diamonds in Chiadzwa. Do you know that the Chiadzwa diamonds alone are worth about US$24 billion, straight from the ground, and if we polish them, we get about US$46 billion? If you turn them into finished products like rings, we jump to US$96 billion,” he said.

“There are areas which are known to be very good diamond prospects, but some of those require exploration to confirm or otherwise,” he said.

Acting Chinese ambassador to Zimbabwe Zhao Boagang, who has been highly critical of the manner in which Anjin was displaced from Chiadzwa when government consolidated mining companies there, welcomed the decision to allow Anjin to partner with Alrosa.

Anjin was looted and stripped of assets worth millions of dollars during the period it has not been operating after its mining licence was controversially terminated in 2016.

The company had invested about US$225 million into the diamond mining venture before government terminated mining licences of several firms extracting gems in Chiadzwa for failure to remit taxes and royalties.

Government announced on Wednesday that Anjin would now be allowed to return to Chiadzwa in partnership with Alrosa.

“If it is true, then we support the idea. It reflects the fact the Zimbabwean government is happy with the Chinese companies,” Zhao said.

He added that this meant government had realised its mistake.

“Everybody makes mistakes. After a mistake, we can learn from our lessons and move on. So I am glad that we are now moving on, if this information is true,” he said.