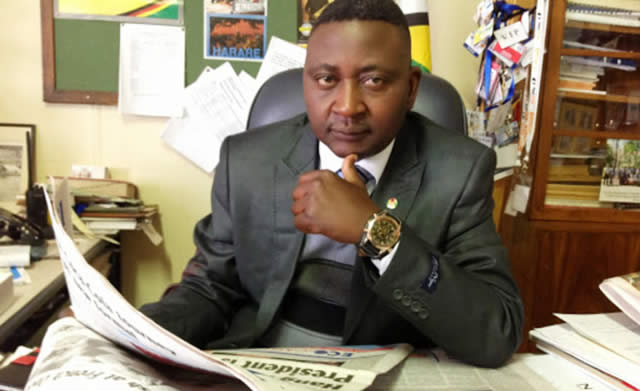 Farirai Machivenyika Senior Reporter
The Central Vehicle Registry (VID) is using antiquated equipment donated in 1983 for metal licence disc production resulting in a huge backlog at the organisation. Director responsible for transport in the Ministry of Transport and Infrastructural Development Mr Allowance Sango said this when he appeared before the Portfolio Committee on Transport and Infrastructure Development.

“The VID network has been expanded, but the CVR establishment has not been equally expanded. The equipment at CVR is old. “That equipment was donated by the USA in 1983 and was commissioned in 1984 and I can tell you that it was second hand then,” he said. He added that the machine could not be linked to any of the modern machines that were being used by other organisations in the ministry.

Mr Sango said Zimbabwe was the only country using the metal licence disc in the world and relied on a single company that is still in existence world over. “Zimbabwe is the only country which is producing that metal disc and there is only one company that produces that material the world over and that is Horizon Incorporated also from USA,” he said.

He said it was not an ideal situation they were operating in as they were exposed by their reliance on one supplier. Failure by the CVR to produce metal licence discs on time has resulted in desperate people bribing officials to expedite the process.