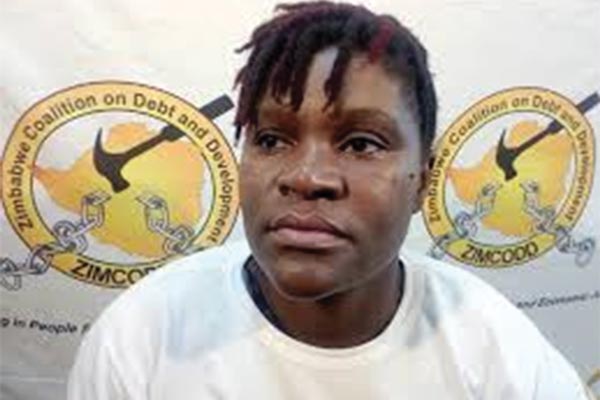 A RED flag has been raised  over the government’s failure to be transparent about US$5,8 billion dollar mega deals which it entered into following the fall of former President Robert Mugabe in November 2017.

Zimbabwe Coalition on Debt and Development (Zimcodd) director Janet Zhou told a virtual discussion that there was no clarity and transparency on the mega deals announced by President Emmerson Mnangagwa when he came into power, a situation that has raised eyebrows.

Zhou quizzed Information permanent secretary Ndavaningi Mangwana about  the so-called huge energy, agriculture and infrastructure deals signed by Mnangagwa from the time he came to power in November 2017.

She said there were reports that the country had clinched over 27 mega deals worth US$40,3 billion dollars but US$5,8 billion remained unaccounted for.

“Our research indicates the country clinched 27 mega deals worth US$40,3 billion, of which US$5,8 billion is unaccounted for.”

Zhou said the How Far campaign her group was running was meant to quiz the government on its promises and push it  to be transparent and accountable when it comes to issues of public interest.

“The government should be forthcoming with information and with regards to mega deals and respect section 13 of the Constitution which clearly states that mega deals should fulfil national development.”

Mangwana, however, denied knowledge of the mega deals Zhou referred to and said the government was open and accountable to its citizenry.

“I do not want to talk much about the How Far campaign, but the government is accountable to the citizenry through Parliament,” he said.

“In terms of finance management, we have the Public Accounts Committee. Government has never refused to be accountable. We are a transparent government, we are very much accountable.

“There is no other government under the sun that I know of which gives a synopsis of what has been discussed in Cabinet and government meetings,” he added.

“Zimcodd is looking for granulated information that the government cannot just churn out. Government, mind you, is the greatest content creator in the country.

“Anyone who wants information that is not proactively disclosed has to ask for it. Every country has trade secrets. Some mega deals have non-disclosure agreements and like other countries we cannot just disclose that.”