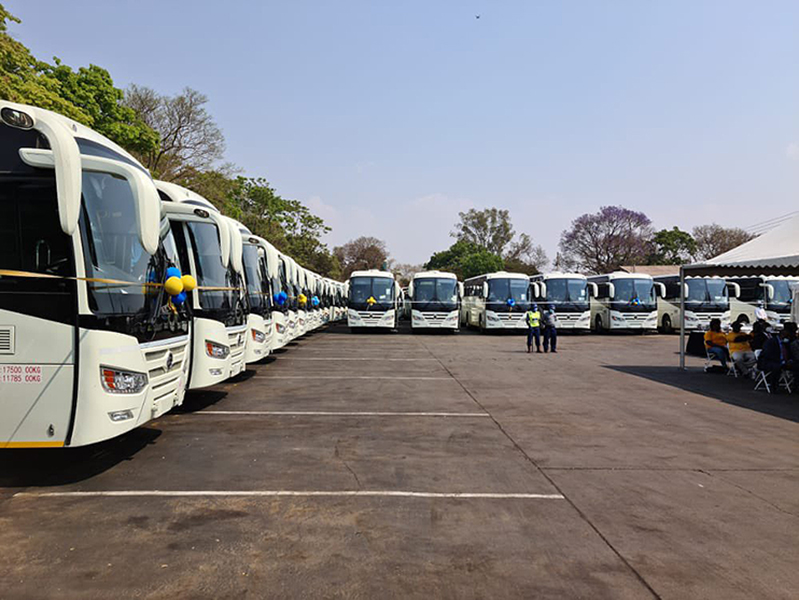 IN January this year, acting Zupco chief executive Evaristo Mandangwa said: “We received a total of 349 buses (last year) imported by the government, excluding those that were given to the Public Service Commission. These buses have been dispatched to all the 10 provinces where they are operating and we are expecting more buses this year. A total of 115 buses have been imported via South Africa and these will be in the country in the coming week.”

At the time we were told that there were already more than 1 000 new buses that the country had reportedly bought so far to ostensibly to resuscitate the ailing Zimbabwe United Passenger Company (Zupco). Although the veracity of the claim cannot be physically verified, we know for a fact that 464 buses were imported in the recent past.

Therefore, if all the 464 buses were divided equally between each of the country’s 10 provinces, each province should be having quite a handsome number of buses; actually 46, to be more precise.

So, it should, indeed, come as a great surprise that the country, especially the two major cities of Bulawayo and Harare are still having serious transport problems to the point of people calling for the return of the banned urban commuter omnibuses.

So where are the 464 buses? Harare province alone has 30 major suburbs. Presuming the province received its share of 46 buses, it then means that only one bus should be plying each of the suburbs, right?

What this then points to, is that all those buses are literally falling into a bottomless pit.

Simply put, all the buses brought into the country by government so far are nowhere near enough to satisfy the country’s enormous transport demand, which explains why we still have public transport blues.

Therefore, President Emmerson Mnangagwa should not waste his time and energy accusing private transporters of all sorts of misdemeanours, including ripping off the country’s poorly paid workers.

“The Second Republic is determined to retain the purchasing power of workers, through viable public transport systems. Government will not stand by and watch while hard earned incomes of our workers are being stolen by mushika-shika and makaronyera. No!” Mnangagwa fumed on the occasion of this year’s Workers’ Day commemorations.

But the buses he believes are enough to service the nation are, unfortunately, not enough. The country, whose population is growing quite fast, needs not only buses, but other forms of transport like efficient commuter trains and trams to abate the transport crisis.

The number of urban settlements have phenomenally grown that Harare may arguably actually require 1 000 buses to adequately meet its public transport needs.

But, why is government so intent on monopolising everything in this country, including transport?

Does the government even realise that by pushing out private transporters from urban transportation, it has destroyed many livelihoods and drove many people into abject poverty? The country no longer has enough formal jobs to sustain livelihoods already destroyed by a decades-old economic meltdown.