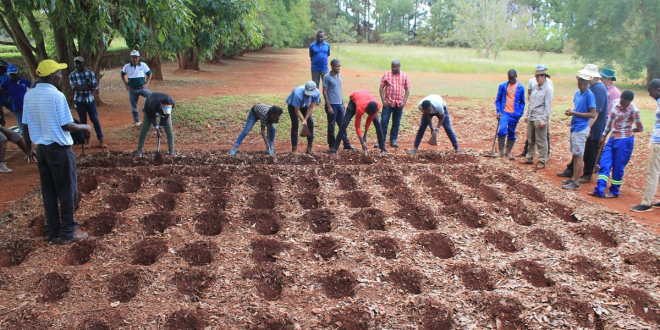 Agricultural extension officers around the country are threatening to down tools after government overlooked them on COVID-19 risk allowances, a source close to the matter told NewsDay.

The extension workers are alleging that district, provincial, head office, general workers as well as other office workers were paid over $20 000 as COVID-19 risk allowances, but they did not get anything after being engaged to conduct training on the Pfumvudza farming concept at the height of the first national lockdown early this year.

“We risked our families by hosting these agricultural demonstrations with farmers when the country was on level five lockdown, but government chose to pay those who were in offices COVID-19 risk allowances including those in the human resources department and general hands,” the source said on condition of anonymity as they are not allowed to speak to the Press.

“This government has reduced us to farm workers. We do all the donkey work, for example, crop and livestock assessment but we are not paid anything. Is this government different from the government that runs hospitals whereby staff is paid handsomely for just collecting information just like us?

“They are now focusing on advertising Pfumvudza on every platform, but they are forgetting those who implemented and made the Pfumvudza programme a success. With no PEPs and other protective clothing we managed to train farmers countrywide,” said the source.

The extension workers also allege that they were forced to open accounts to buy phones with an Android operating system. The gadgets enable them to demonstrate work done on mobile device-based data collection tools including Opteran Development Kit (ODK) which enables technology to be integrated into a wide variety of applications in the robotics market.

“While teachers and nurses were not reporting for work because of incapacitation we were ordered to post the country’s harvest using this ODK which needs Android phones. How on earth did the government think we got the money to pay for those phones?

“Extension workers were forced to borrow from phone companies to carry out government tasks. We are incapacitated and government must give us allowances to cater for these gadgets.

To most extension staff Android phones were not of much importance because their work is manual.”

Permanent secretary for the Agriculture, Lands, Water and Rural Resettlement ministry John Bhasera (pictured) confirmed the matter, but refused to comment and referred questions to the Public Service Commission.

Attempts to get comment from Public Service secretary Jonathan Wutaunashe were fruitless as his mobile went unanswered.

Newer Post
ZUJ secretary-general Dongozi dies
Older Post
With Christmas two days away, many Zimbabweans are on the move to and from South Africa