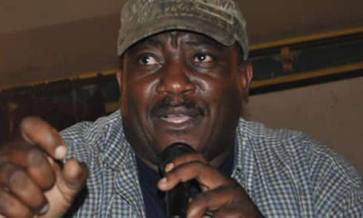 HARARE – Teachers are divided over whether or not to engage in collective
bargaining with their employer under the Apex Council – the umbrella body
for all civil servants.

Zimbabwe has five main unions representing the interests of educators.

In April, these unions came together to form the Federation of Zimbabwe
Educators’ Unions (Fozeu) to up the ante in their push for improved
working conditions for teachers outside the Apex Council.

But government has refused to recognise Fozeu, insisting all negotiations
be done under the Apex Council.

Zimta and PTUZ – the two unions that control the bulk of the teachers –
are divided over the position taken by government with the Raymond
Majongwe-led outfit telling the Daily News their colleagues have betrayed
the spirit under which Fozeu was formed.

The PTUZ secretary-general is convinced that the Apex Council is now an
appendage of government and would rather negotiate through Fozeu
notwithstanding the fact that it is yet to be legally registered.

“It is sad that there are some amongst us who still want to work with a
captured Apex Council that no longer represents our interests as teachers
otherwise there is no need for Zimta, for instance, which was at the
forefront of forming Fozeu to be keen on engaging government through an
institution that we dumped a long time ago,” Majongwe said.

He said if his colleagues in the civil service were genuine about dumping
the Apex Council “there is no justification in giving it oxygen by
allowing it to continue to misrepresent us to government”.

PTUZ is currently mobilising its members to demonstrate on the streets of
Harare tomorrow, demanding improved working conditions for teachers.

Tapson Sibanda, Zimta’s secretary-general said while he believes that the
Apex Council has been a monumental failure in terms of representing
government employees, it would be illogical for them to rely on Fozeu when
their employer is not recognising the body.

“It is true that we were behind Fozeu and that we think it is the best
option when compared with the Apex Council but the challenge we are facing
is that it is not recognised by our employer so it only makes sense (for
us) to use (the Apex Council) until we register ours,” Sibanda said.

He said despite its flaws, the Apex Council managed to negotiate a 17
percent increase in salaries early this year, adding that in spite of
their differences what mattered most was that they were fighting for the
same cause.

“We would rather have those small gains….In any case, we are fighting
for the same cause and it does not mean that we have to fight using the
same platform; what we are doing is our own way of fighting for what they
(PTUZ) are also fighting for,” said Sibanda.

Fozeu’s steering committee is chaired by Zimta while Artuz occupies the
post of secretary-general.

Representatives of other unions are committee members.

Currently, apart from demanding to be paid in United States dollars, civil
servants are also pressing for the speedy harmonisation of the Public
Service Act with the new Constitution.