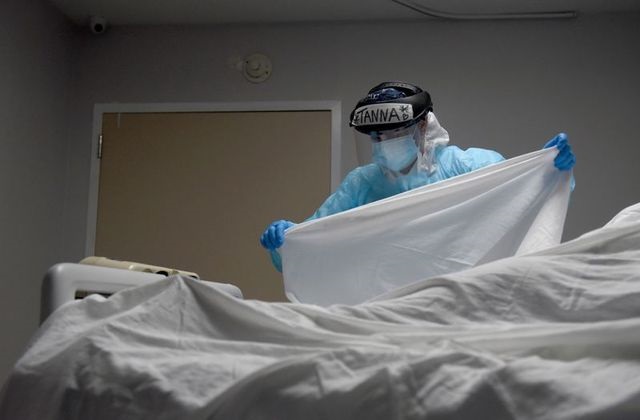 THE cash-strapped government reportedly stopped paying out COVID-19 allowances to Harare City Council nurses without explanation three months ago, it has emerged.

Workers in the council’s health department and those seconded hotspots have not been receiving allowances for the past three months, while staff seconded from the rapid response team of the municipality’s fire brigade section is yet to receive anything.  This has triggered an outcry.

Other team members seconded for COVID-19 screening at the City Sports Centre and officials who spoke to NewsDay yesterday said they had not been paid their allowances despite working as frontliners.

Harare acting mayor Stewart Mutizwa said: “The COVID-19 response funding was coming from the government. They last paid workers about three months ago.  It is our anticipation that we pay them and it is the rest of the team which is affected; it is not only those from the rapid response team.”

The affected workers said it was unfair for them to continue working and risking their lives for nothing.

“We are responsible for testing all government officials, ministries and the general public, but we are not receiving COVID-19 allowances. There are some of us who are working under city health department, who are getting all the allowances, but we are not getting anything.

“We have tried all we could, but nothing is happening. We have been there since COVID-19 started and it is painful that we are neglected just like that, “an employee, who requested anonymity, said.

The employee said managers were employing divide-and-rule tactics on the rapid response team, yet they were rendering services to government.

The source further revealed that workers who raised complaints were victimised.

It also emerged that some City of Harare doctors are neglecting their official duties and concentrate on their private homes and surgeries  where they are using council workers and resources to manage patients who they charge as much as US$800, but only pay the workers US$30 or less.

“Workers are being dispatched to go and work using government resources for people’s personal deals,” a source said.