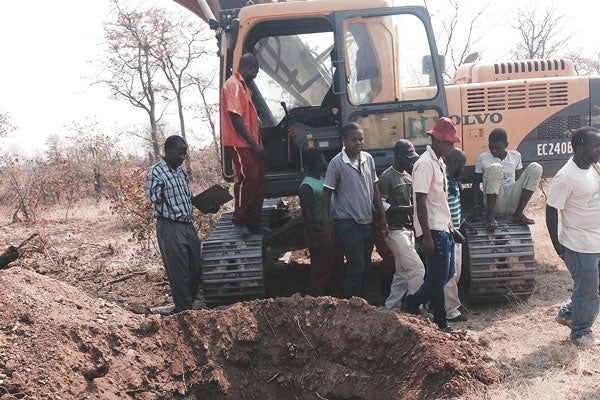 The National Museums and Monuments of Zimbabwe (NMMZ) eastern region director Paul Mupira has said they are facing challenges in identifying 114 war victims whose remains were exhumed from Odzi Ardwell Copper Mine shaft in Chiwere due to the absence of DNA.

The remains of suspected liberation war fighters and civilians were reportedly dumped in the 28-metre deep shaft by the Ian Smith regime.

Reports link the victims to war atrocities which saw some freedom fighters’ bodies being wrapped in black plastic bags before being dumped in the mineshaft.

NewsDay visited the site on Friday last week where a temporary mortuary has been built to keep the remains ahead of burials at Herbert Mine.

Mupira said his team, comprising of members of the security forces, spent almost three months at the mine gathering archaeological evidence.

“We have exhumed at least 114 remains of the liberation war fighters from Odzi Ardwell Copper Mine in Chiwere. The exhumed remains will be interred at Herbert Chitepo burial site,” he said.
“What we have realised so far is that the remains are from the liberation war struggle and include guerrillas and civilians. We are still to identify who among the population were comrades and civilians,” he said

“Human remains were thrown into the shaft and set alight; you would find that some of the unexploded explosives used during the operation were still there.”

Mupira said the mine’s records were missing, so there was no information on its operations.
“The mine was operational in the 1930s as Odzi Ardwell Mine. It was mined by Germans, but we do not have much information because its files are missing from the Mines and Mining Development ministry,” he said

“We do not know when it stopped working, but what we know is that the current owners acquired it in 1996. The problem we now have is that the remains are fragmented because these people were thrown 28 metres down a mineshaft, so essentially, it is difficult to re-associate them as their clothes are tattered,” he said

“We still need to identify the individuals, but it is difficult to come by because there are no records from any office. The absence of DNA makes it difficult to identify individuals conclusively. The Fallen Heroes Trust normally does spiritual identification,” he added.

Newer Post
Let’s break the silence on abortion and save lives
Older Post
Who is behind the spate of activist abductions in Zimbabwe?