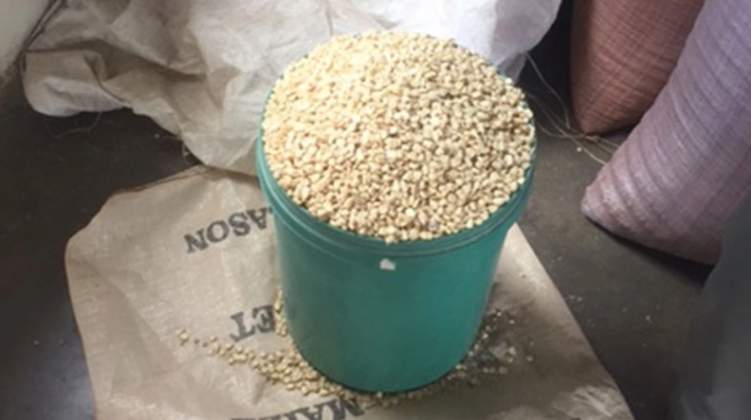 BY TAURAI MANGUDHLA/HARRIET CHIKANDIWA
GOVERNMENT’S recent decision to pay farmers a US$90 sweetener on top of the $75 000 paid per tonne of maize delivered to the Grain Marketing Board (GMB) could fail to solve Zimbabwe’s grain shortage as producers continue to hold onto their harvests.

The US$90 incentive was introduced after farmers had rejected the government’s earlier offer to pay 30% of the $75 000 in US dollars, demanding 50% instead.

Akribos has also questioned the government’s capacity to pay grain farmers the US dollar component.

“In addition, given the highly inflationary environment and that most agricultural and construction inputs are indexed using the parallel rate, we expect grain farmers and constructors to lobby for more US$ partly payments going forward,” Akribos said in its May update.

“The import parity pricing model presupposes that the cost of production in Zimbabwe and incurred by Zimbabwean farmers is similar to other jurisdictions, for example, from where we import maize, Brazil, Mexico, Zambia and Malawi.  Import parity pricing currently gives US$280 per tonne. The cost-plus model that was approved by Cabinet yesterday gives us the equivalent of US$333 per tonne,” Masuka told Parliament last week

“That we think is a more appropriate approach, especially in the current macro-economic environment. The cost incurred by farmers on the farm are in Zimbabwean dollars and in US dollars and we think that the model that we have proffered is the best under the circumstances although we are prepared to consider any other suggestions which will incentivise and motivate farmers to deliver the grain as the policy is intended to do.”

As of Tuesday, grain worth $850 million had been delivered to GMB.