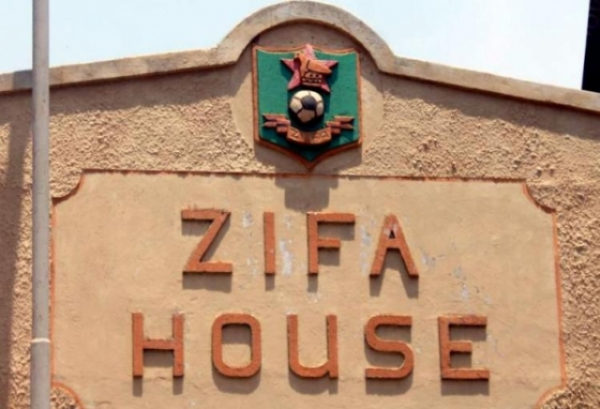 ZIMBABWE is risking sanctions from the football governing body, Fifa if it deems that the government is interfering in Zifa’s affairs following the suspension of the association’s secretary-general Joseph Mamutse by the Sports and Recreation Commission (SRC) over unauthorised foreign trips by national teams.

A Fifa suspension would mean all national teams and local clubs would be banned from playing in international competitions, and funding would cease until government actions are reversed.

SRC, a government body that regulates sports in the country, on Thursday announced that it had suspended its director-general Prince Mupazviriho and Mamutse “from all forms of football administration pending an investigation”.

Zifa yesterday said they have not received any correspondence from SRC and will only act when they get communication.

“We have not received any correspondence from SRC. We have read about it (the suspension) in the media,” Zifa spokesperson Xolisani Gwesela said.

The duo, according to a SRC statement, is being accused of violating guidelines relating to the trips by Mighty Warriors and Young Warriors to South Africa for Cosafa tournaments this year.

However, Fifa does not take lightly to government interference and is very vigilant in enforcing its statutes.

Article 14 of the Fifa statutes oblige all member association to manage their affairs independently and without undue influence from any third party.

Failure to meet the obligations may lead to sanctions, even if the third party influence was not the fault of the member association concerned.

A number of countries have previously either got themselves banned or suspended for violating this statute, including Sierra Leone who were two years ago suspended after the country’s anti-corruption commission barred two officials from the governing body’s offices.

This is not the first time that SRC has run into trouble with Fifa. They were last year cautioned by the world football governing body after they tried to remove the current Zifa executive.

The same SRC last year also got their fingers burnt when they tried unsuccessfully to remove the Zimbabwe Cricket (ZC) board. SRC suspended the Tavengwa Mukuhlani-led ZC board and replaced it with an interim committee with Dave Ellman Brown as the chairman.

However, they were left with an egg on their face when the International Cricket Council demanded that the government should unconditionally reinstate the ZC board or face a permanent exile from international competitions.

Below are some examples of countries that have come under scrutiny by Fifa for perceived governmental interference:

Back in late 2017, the Euro giants were threatened with being booted out of the 2018 World Cup in Russia. Fifa warned their footballing body that the government’s involvement in the election of the federation’s new president could cause their expulsion. The threat arose after the Spanish Sport ministry called for the election of a new association president. The call came after long-time president Angel Maria Villar was forced to resign following a corruption investigation.

The Southeast Asian nation was banned in May 2015 after the country’s Sports ministry and football association (PSSI) failed to resolve a dispute over who ran the game in the country. The Indonesian Professional Sports Agency, sanctioned by the ministry, wanted two teams blocked from the league there, but the PSSI resisted. The suspension ruled the national team out of the 2018 World Cup and 2019 Asian Cup qualifying campaigns.

The African nation was suspended by Fifa in July 2017 after the Justice ministry ordered the removal of the football association’s president and the entire board. This move came about after two rival group claimed control of the country’s association. The ban resulted in three of the country’s domestic clubs being thrown out of African competitions. Two clubs were disqualified from the African Champions League, while a third was booted out of the Confederation Cup.

Fifa suspended the Pakistan Football Federation for appointing a third party to broker a solution between two warring factions. The decision came as it emerged the football federations offices and accounts were under the control of a court-appointed administrator. Pakistan’s national and club teams were banned from international competitions.

In July 2014, the Nigerian Football Federation was suspended after a court ordered the Sports minister to appoint a civil servant to run the federation. The executive committee of the federation was sacked following World Cup 2014, when Nigeria were knocked out in the second round. The ban meant that no Nigerian team, including club sides, were illegibly to play internationally. Nigeria were previously landed in hot water for a similar reason in 2010.