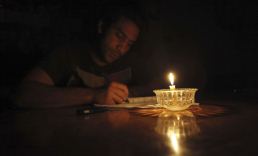 EDITOR – An article in yesterday’s edition about the looming of basic
commodities shortages due to the deepening power crisis made sad reading.
It is true that the continuing and deepening power crisis is not just
affecting individuals or residential areas but industries as well that
have been forced to go for hours without power making production
impossible.

According to the press reports, Zimbabwe is currently experiencing serious
power cuts running into 16 hours a day, in a development which has
incapacitated a number of manufacturers, who have also cut on their
working time.

This is just too much even for a household, what more of a company that
needs top produce basic but essential commodities.
The  Confederation of Zimbabwe Retailers (CZR) have every right to be
concerned and foretell what is likely to happen in terms of basic
commodities shortages looming.

In my opinion as long as there is no water and electricity which companies
obviously need for the production of various basic commodities, then
definitely shortages are coming without any doubt.
CZR president Denford Mutashu is quoted as saying suppliers are now
failing to provide adequate merchandise due to the ensuing decline in
production.

“Right now if you look at a number of retailers they are actually running
on generator and this is not sustainable … because it also pushes the
cost of running a business.  “We are also afraid that if the power issue
is not addressed it may even cause some product shortages because right
now manufacturers, and a lot of our suppliers are also facing the same
challenge and they are not doing adequate production,” he said.

It is true that even the companies that can run generators cannot sustain
long hours as the fuel that is needed to run the generators is also
expensive and in short supply. Surely what does the government expect
businesses to do in this situation, something needs to be done urgently.

From the look of things even if the industries try and increase the
pricing of these basic commodities still they will not be able to meet
demand. What is likely to happen is that most of these commodities will
start disappearing from the shelves and being sold in the black market at
exorbitant prices. The manufacturers and industries are definitely in a in
a catch-22 situation as alternative energy also means the rise in cost of
doing business.

Even if the manufacturers decide to change their working hours to suit the
availability of power this might mean more additional costs because they
will be forced to provide transport for workers to work during these odd
times and the fact that there is no definite load-shedding schedule
presents many other complications.

Government needs to solve this problem as a matter of urgency otherwise
many businesses will be forced to close.  The power deal between our
country and Mozambique/South Africa needs to be concluded urgently and
bring an end to the plethora of problems that are besieging the country.

Energy minister Fortune Chasi was said to be in South Africa to finalise
another power import deal with Eskom in a bid to reduce power shortages in
the country. Reports that the country owes Eskom, South Africa millions of
dollars and Mozambique’s Hydro Cahora Bassa (HCB) about US$37 million is
disheartening.

If these problems are not attended too things will grind to a halt and
getting things to start running again it will be a mammoth task. Power
crisis needs to be solved now. Nomatter.

Newer Post
Is Zimbabwe on the Right Track into the Future?
Older Post
Seven Critical Areas that require Action