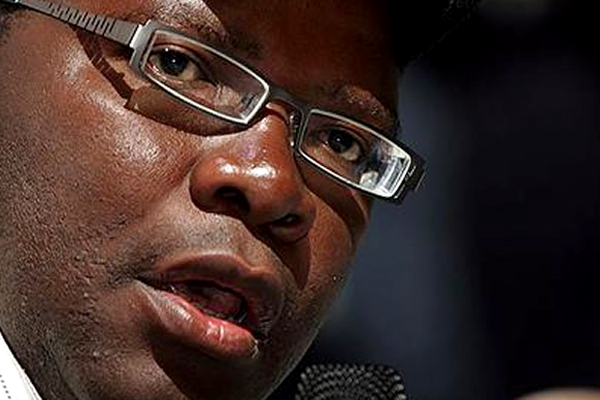 BY SILENCE MUGADZAWETA
GOVERNMENT and insurance companies have an obligation to compensate pensioners who lost the true value of their pension savings in two consecutive periods of hyperinflation, 2008 to 2009 and 2019, lawyer and MDC Alliance legislator Tendai Biti has said.

Speaking at #TheBigDebate, an event organised by Alpha Media Holdings to discuss the viability of pension and medical insurance in Zimbabwe, Biti said apart from the issue of pension being a human rights issue, it is also a developmental issue as pensions drive the economy.

#TheBigDebate was a follow-up on the Justice George Smith report on the inquiry into the conversion of insurance and pension values from Zimdollars to United States dollars published in March 2017 after loss of value due to the hyperinflationary environment.

Major findings from the report revealed that the government, insurance companies and the insurance regulatory body were responsible for the loss of value of pensions and insurance during that period.

Government’s mismanagement of the economy contributed 21%, the absence of a regulatory body 43%, and the predatory behaviour of the insurance industry 36%.

The report also notes that among other things, insurance companies did not keep records of their contributors.

Their asset registers had missing information and undervalued assets.

“The country needs to resolve the issues as a matter of urgency because it is a matter of serious injustice and gross human rights abuse. The issue of pensions must be given the same importance as the Gukurahundi issues as it cuts across the entire spectrum of Zimbabwean life as there are millions of pensioners,” Biti said.

He noted that the world’s largest economies like China were funded by pension savings, hence Zimbabwe must follow suit if it is to develop as an economy.

“Pensions drive the economy because they represent forced savings. The World Bank and IMF [International Monetary Fund] literature will tell you that for a developing country such as Zimbabwe, we need a savings to gross domestic product investment of at least 29%,” the former Finance minister said.

“Regrettably, the authorities in Zimbabwe keep on implementing and executing macro-economic policies that lead to loss of value.”

Biti bemoaned the devastating effects of currency reforms, dollarisation and de-dollarisation as well as preceding statutory instruments that were enacted.

“We have hardly had any gross capital formation in Zimbabwe since the 1960s. You cannot have gross capital formation without pensions. It is in the government’s best interest to resolve the issue because it contributes to economic development, gross capital formation, moreso in a situation when we have arrears with the World Bank, African Development Bank, The Paris Club of Lenders, and we cannot access the huge amounts of grants and cheap money that we need for our roads, energy and infrastructure,” he said.

Commenting on whether Ipec had powers to control the insurance industry to guarantee that there will not be future loss of value and unfair practices, Muradzikawa said they had powers to do certain things, but were inadequate.

“We have three Bills before Parliament, Ipec Bill being one of them, but the reviews are long overdue as the processes of legislation are very long. We need an Act of Parliament to deal with compensation issues,” she said.

Coming to the issue of the viability of pensions and medical insurance in Zimbabwe, all panellists agreed that pensions and insurance were still relevant as people need to prepare for the inevitable.

However, insurance companies should remodel their products to suit turbulent economic scenarios.

“Hyperinflation or no hyperinflation, we need to manage risk. Insurance is managing risk. The best option is to look at product development. We need to redesign the product so that it suits the environment,” Muradzikwa said.