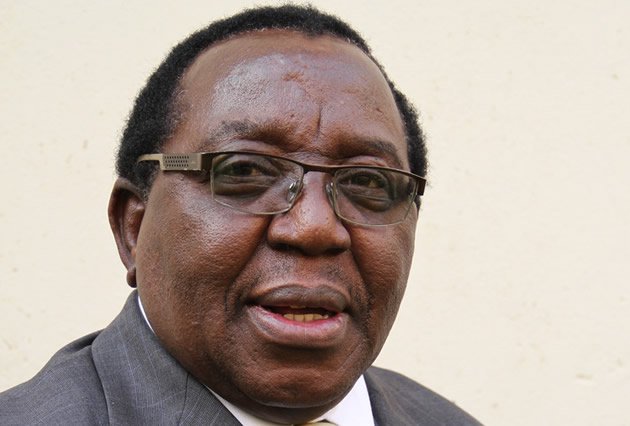 Innocent Madonko Bulawayo Bureau
GOVERNMENT and Zanu-PF have taken note of a statement attributed to former Vice President Emmerson Mnangagwa which he allegedly issued after being fired by President Mugabe, but will not respond to it since it is neither addressed to the ruling party or the Head of State and Government, a Cabinet minister said yesterday.

The Minister of Information, Media and Broadcasting Services, Cde Simon Khaya Moyo, said Zanu-PF is not a press club and is thus not compelled to respond to press statements.

Former VP Mnangagwa was dismissed from Government over allegations of, among other things, disloyalty, disrespect, deceit, unreliability and lack of probity in the execution of his duties.

His discharge of duties had also become inconsistent with his official responsibilities.

On Wednesday, Cde Mnangagwa was expelled from Zanu-PF following recommendations made by all the party’s 10 Provincial Co-ordinating Committees.

The decision was made during the 313th ordinary session of the Politburo which unanimously endorsed his dismissal from Government.

In an interview yesterday, Cde Khaya Moyo, who is also the Zanu-PF Secretary for Information and Publicity, said contrary to reports in sections of the private media which inaccurately quoted him as confirming that various arms of the State were studying Cde Mnangagwa’s statement and an announcement on the appropriate action would be made “shortly”, Government is under no obligation to respond.

“The press statement is not addressed to the leadership of Zanu-PF and besides, Zanu-PF is not a press club. Therefore, we have just taken note of the statement but we don’t have to respond to it,” he said.

Cde Khaya Moyo’s clarification comes in the wake of an article in a private daily newspaper yesterday alleging that President Mugabe could lay treason charges against former VP Mnangagwa on allegations of undermining him.

Quoting unnamed Government sources, the report also alleged that the former VP could alternatively be charged with conspiracy to overthrow a constitutionally elected Government.

“Information minister Simon Khaya Moyo yesterday confirmed that various arms of the State were studying Mnangagwa’s statement, saying an announcement on the appropriate action would be made shortly,” the article said.

“All I said was as Zanu-PF we have taken note of the statement, but we don’t have to respond to it,” he said.

Former VP Mnangagwa on Wednesday issued a statement from an unknown location outside the country in which he alleged that he would return in a few weeks’ time to take control of all levers of power.