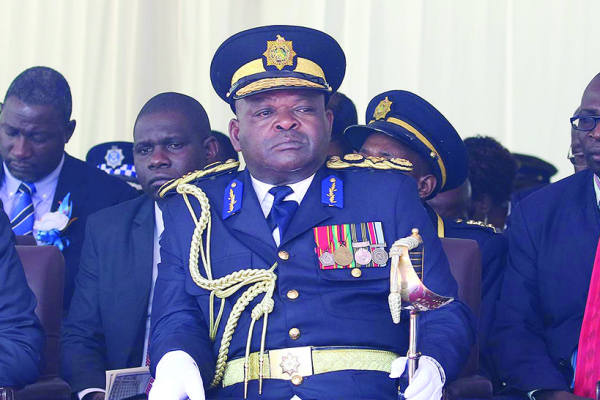 Matanga and Kazembe had failed to pay the damages within the set timeframe, resulting in the victims filing two court applications on March 3 and 4 seeking the arrest of the two for contempt of court.

In a report yesterday, the Zimbabwe Lawyers for Human Rights said Kazembe, Matanga and Constable Zwelibanzi Masuko had reneged on paying compensation to Rusape resident, Unity Saunyama after he was mauled by a dog set upon him by the police.

“During the trial, Saunyama told magistrate Rufaro Mangwiro that Masuko approached him at a beerhall in Rusape on August 29, 2019 and made an inquiry about his personal details to which Saunyama obliged. Masuko proceeded to drag Saunyama out of the beerhall and thereafter made shocking allegations to the effect that the 40 year-old man was in possession of marijuana,” the report read in part.

“In response, Saunyama advised Masuko to conduct a body search on him. However, instead of conducting a body search, Masuko set his police dog on him and he sustained injuries which include two deep lacerations on his right ankle and a deep wound on his right thigh as a result of several dog bites.”

Mangwiro ruled that Saunyama suffered undue harm and ordered the police to pay him $150 000 damages.

In another case, Mutare magistrate Lazarus Murendo directed the police to pay 18-year-old Ernest Jamela $151 191 damages for torture while in police custody.

“Jamela was assaulted upon arrest and detention by  one Mazambani, who was infamously known as the “Lion of Judah” in the community for disproportionate use of brute force in a case where the victim, then a 15-year-old minor in 2019 and resident in Sakubva high-density suburb in Mutare, was assaulted on two consecutive days on March 4 and 5 2019 during police investigations of theft of a mobile phone handset at his school,” the rights group said.