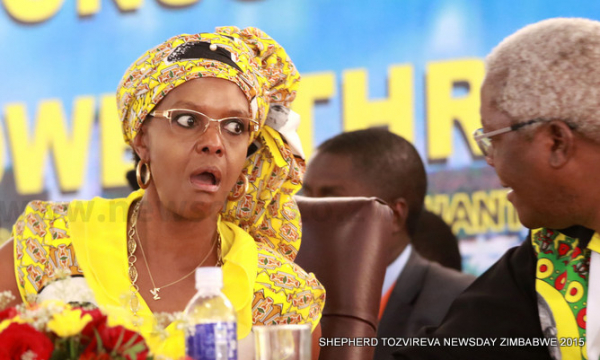 GOVERNMENT has stopped funding 18 pupils attending former first lady Grace Mugabe’s private school under the Science, Technology, Engineering and Mathematics (Stem) programme after it emerged that the school controversially benefited from the state-sponsored initiative, the Zimbabwe Independent can report. 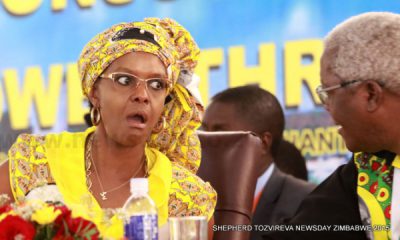 At the peak of her husband’s 37-year rule which came to an end last November following a military coup, Grace expanded her empire to areas such as real estate, farming and education.

She built a private school in Mazowe.

The Independent has learnt that government has since stopped paying fees totalling US$3 800 per term for each of the 18 pupils enrolled at Amai Mugabe High School under the Stem programme, forcing parents to look for places elsewhere.

The Stem programme was meant to benefit pupils attending government, council and mission schools but not elite private schools. Maximum fees the government was required to pay was US$1200 per child per term.

In a year government was paying Amai Mugabe High School a total of US$205 200 for the 18 students for three terms.

Following the withdrawal, government advised parents to either pay for the fees individually or look for affordable schools for the Zimbabwe Manpower Development Fund (Zimdef) to continue to pay.

The Stem initiative was introduced at the start of 2016. It provides free education to Advanced Level students registered for Stem undertaking subjects like Maths, Computer Science, Physics, Chemistry and Biology.

In January, government suspended taking new entries under the programme. The government is however paying for pupils who had already enrolled.

An official from the ministry said government had stopped paying for the fees at Grace’s school because it was privately-owned and also because the fees were above the agreed threshold.

“When the policy was initiated, it was meant to assist government, mission and community schools, or schools in farming areas. The target was to help students from underprivileged backgrounds that are good in science subjects. However, questions were asked as to why Grace Mugabe’s school was enrolling students for Stem as it is a private school and did not fall under the required schools. It was a controversial issue but then it was a directive,” said the government official who preferred anonymity.

“All schools that were irregularly benefiting from Stem including private schools, I stopped paying for them without fear or favour. The policy is we do not pay for students enrolled at private schools instead we pay for those enrolled at government, mission or council schools. The policy is that the fees should not exceed US$1 200,” Murwira said.

During a tour of universities and polytechnics in Bulawayo in January, Murwira said, there was going to be a forensic audit of the Zimdef financial accounts.

“We are re-examining Zimdef and its allocations, its public knowledge that we are doing a forensic audit on Zimdef. What we are trying to find out with the forensic audit is how money has been used. It’s not a witch hunting exercise but a fact finding mission so that we completely understand what happened with the money,” Murwira said.