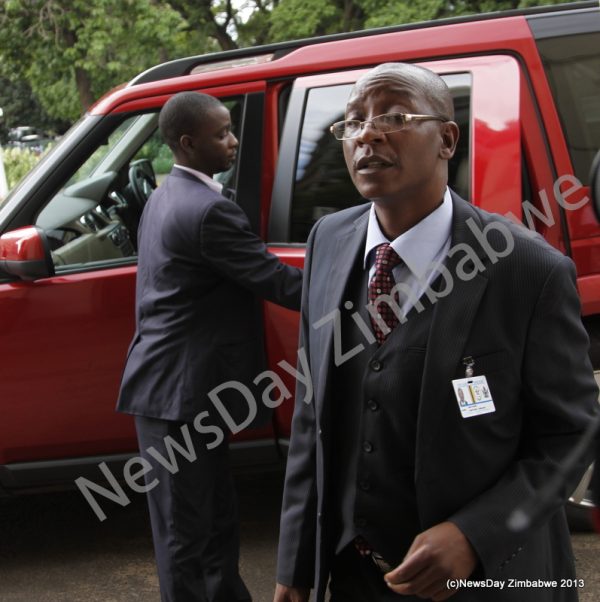 AMENDMENTS to Zimbabwe’s contentious electoral law will be complete by end of April, Justice minister Ziyambi Ziyambi (pictured) has said.

Ziyambi told a local radio station during a heated debate with People’s Democratic Party (PDP) spokesperson, Jacob Mafume that Parliament was supposed to go on recess until May, but will now convene earlier in order to deal with the amendments.

Mafume continuously interrupted Ziyambi, demanding that the minister gives a specific date when the Electoral Bill will go through the legislature.

“You have one job as Justice minister (to deal with the electoral amendments) and you have failed. Only one job,” he said animatedly.

In response, Ziyambi said he did not have control over legislative processes.

“I said, in Parliament, that I want members to contribute,” he said.

“We were supposed to go on recess until May, but we have decided against that in order to deal with this issue and they are coming back on April 10.

“We made this decision because we were mindful of the fact that we are going into an election.”

Ziyambi said the amendments will go to the committee stage soon, but he could not give a timeframe.

“I motivate a Bill and members, with guidance from the Speaker then debate it,” he said.

“If we manage to finish this process in one week, so be it.”

But pushed to provide a timeframe, Ziyambi said his desire would be to have this issue dealt with in the shortest possible time.

“Our target is that we should be able to finish this within two weeks of resumption of Parliament sitting, but I have to qualify this and say I do not control the process,” said the minister.

Mafume argued that the Zanu PF government is doing old things in “an old way”.

“If there are no electoral reforms, no amendments to the Access to Information and Protection of Privacy Act (Aippa) as well as the Public Order and Security Act (Posa) then that is the old way,” he said.

“We have asked who is printing the ballots, they do not want to tell us, that’s the old dispensation.

“We will not be hoodwinked into participating in an election that will sanitise a military action that brought them to power.”

Permanent secretary in the Justice ministry, Virginia Mabhiza yesterday said the early convening of Parliament shows the government is committed to the reforms.

“What the minister said should guide you and that is what is going to happen,” she said.

Asked about the possibility of reforming laws such as Aippa, and Posa, Mabhiza said: “Posa, as far as we are concerned, has been aligned, except for Section 27, for which we await a Constitutional Court decision.

“That decision will inform any amendments or not to that law and as for Aippa, we are waiting for the necessary amendments from the relevant ministry.

“I know there are issues there and the secretary (for Information) George Charamba is dealing with those issues.”